by Aparecida Vilaça, author of Praying and Preying: Christianity in Indigenous Amazonia 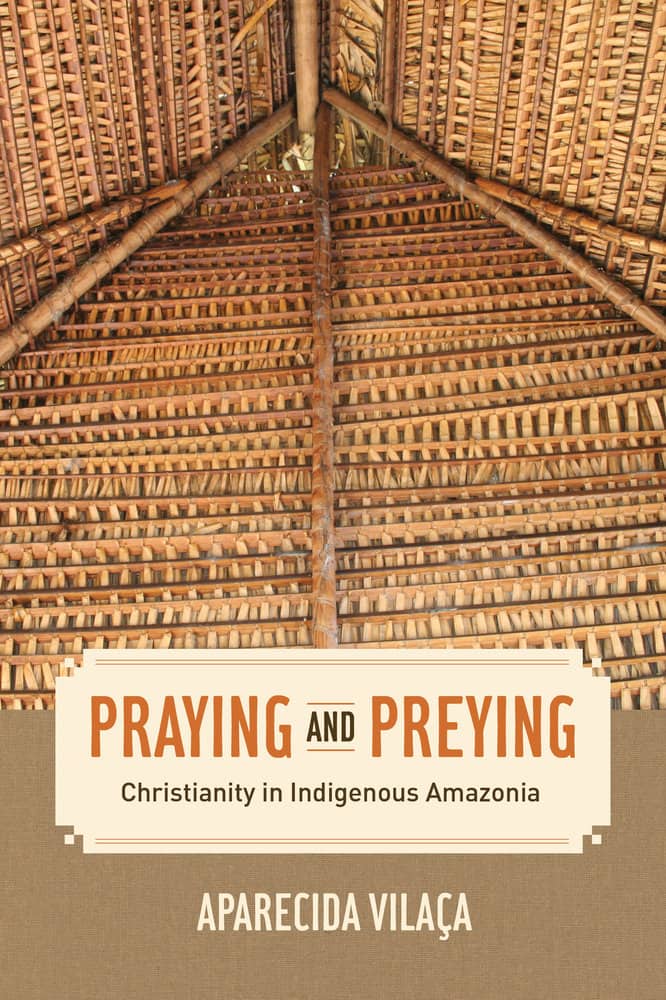 In 1986, when I arrived for the first time, the Negro river village, in the Brazilian state of Rondônia, situated between 6 and 20 hours by boat from the city of Guajará-Mirim (depending on outboard motor size and river level), was inhabited by 350 agriculturists, hunters and gatherers with little access to manufactured goods. Although a health worker, a teacher, an agent of the National Indian Foundation and a missionary couple from the New Tribes Mission were also living among them, they seemed to be living a fairly, we could say, traditional life. They told me that they had been Christians throughout the 1970s, but had ‘abandoned God’ at the start of the 1980s. At the time four shamans were active there, curing people attacked by animal spirits and travelling to the subaquatic world where the dead lived.

This situation was transformed at the turn of the century when a revival occurred, accompanied by a new wave of conversions. According to some, the principal reason for the collective conversion was the fear that the world would end because of the USA’s response to the September 11th attacks, an event the Wari’ had been able to watch on the community television. When I arrived in January 2002, I was surprised by the changes. A house had been transformed into a church where various services were held each week. People came up to ask me whether the war had already reached Rio de Janeiro, my home town, and were eager for international news of the conflict. They said that if the end of the world caught them unprepared, still non-Christians, they would go directly to hell where they would spend eternity roasting like game animals.

Always interested in the life of the Wari’, I began to attend the services with them. At first this was not easy for me. For three hours, sat on one of the church’s wooden benches, I would listen to them read the catechism books in the Wari’ language. As well as leaving me nostalgic for the vibrant ritual life of the past, frequenting the church services placed me in an ethical dilemma: the act by itself would signal to them my approval of the choice that they had made, and of the missionary work as a whole. Once after we had talked in the afternoon about Biblical stories, the pastor Awo Kamip, during the Sunday evening service, said to everyone: “Look, the stories of our ancient people were definitely no good. Our older sister, Aparecida, doesn’t want to hear them anymore, only the Bible stories.”

I tried to get round the problem by always explaining in our private conversations, or on propitious collective occasions, that my attendance of the church services and my interest in the new stories derived simply from my interest in their life, not from any intention on my part to become Christian. This caused some problems, especially for my close kin, and particularly my father Paletó, who said he was sad to ponder my future in hell, from where I would beg him for water and he, in heaven, would have to decline. On the other hand, every time he saw me enter church, he swelled with pride, the same way that parents today display their pleasure when a child announces that he or she is Christian.

Although I have been unable to make my father happy in this way, ever since then I have sought to comprehend the Wari’ experience of Christianity and turn it into an intellectually stimulating project, which would have been impossible without their tolerance of my bewilderment concerning their new practices. If the Wari’ reinvented themselves as Christians, I have also reinvented myself in the process of writing a third book about these people who I have accompanied for thirty years with great admiration, looking at them now from a different angle. The Wari’ today declare themselves Christians and this is the starting point to my book.

Aparecida Vilaça is Associate Professor at the Graduate Program in Social Anthropology at the Museu Nacional, Federal University of Rio de Janeiro. She is the author of Strange Enemies, Quem somos nós, and Comendo como gente and coeditor of Native Christians.