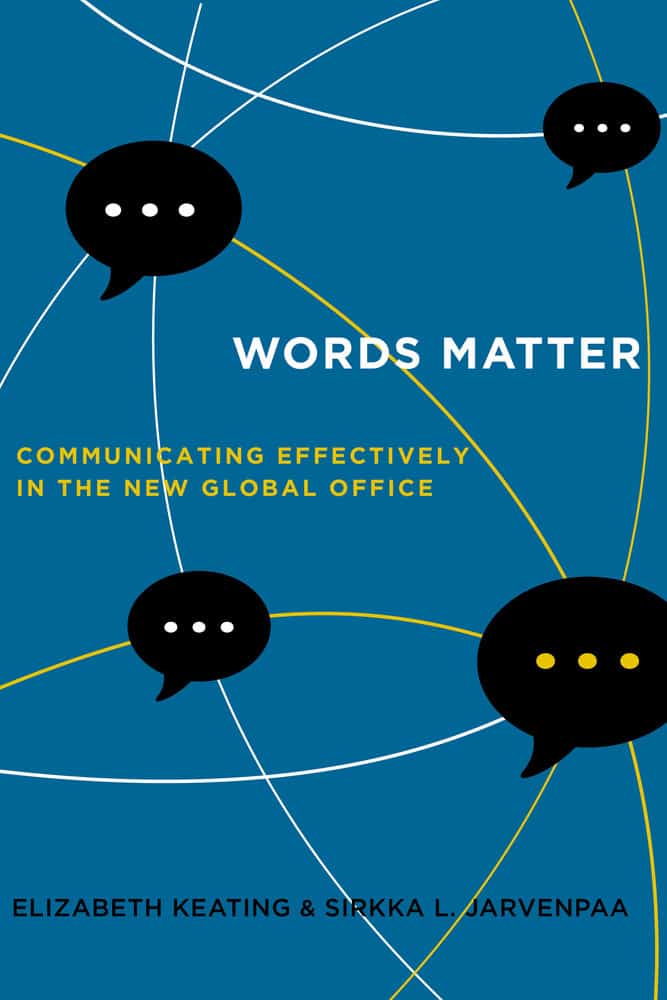 We started writing Words Matter with the idea of sharing our findings with the engineers we studied, who so generously allowed us into their worlds. As we got more into the project we realized that the book could be useful to other professionals working in similar environments–global office settings where most interactions are mediated through technology, and to students about to go into the work world.

Words Matter takes the reader into the world of virtual teamwork on a global scale. We look at engineers collaborating from four world areas, Romania, India, Brazil and the US–places and people with quite different histories and cultural environments. Our aim is show readers what we observed when we traveled to study the engineers in four continents—that the engineers were skillfully managing multiple challenges of virtual designing, but that they were often frustrated by, to them, inexplicable breakdowns in communication, which also led to breakdowns in trust. We noticed as we talked to them and analyzed their interactions that the “model” of communication—how communication works and how to get it back on track after breakdowns—they were operating with was too narrow for the demands of technologically-mediated environments, where comments cross the globe in seconds and there are no face-to-face interactions. The engineers’ communication model worked perfectly well in the home office, but in the global office setting, they found, as one engineer said, “Language can betray you.” Their words had been misunderstood in serious ways, surprising them and resulting in project delays and damaged relationships. They realized that culture played a much bigger part in their interactions than they anticipated. When we first met the engineers, they told us they needed to know more about culture. In engineering school their demanding curriculums had not left time for courses in anthropology or communication.

Many people were surprised that we chose to study engineers’ communication, because of stereotypes about engineers. In fact, shortly after we began fieldwork, one of the engineers told us the following joke: “How do you tell an engineer with social skills?” We didn’t know. He said, “He looks at your shoes instead of his shoes.” But contrary to stereotypes about lack of social skills, we found the engineers to be surprisingly nostalgic for face-to-face interaction. They longed for opportunities for informal interactions with their global colleagues, and missed the casual “watercooler” and “hallway meetings” that are an important part of any professional work space. In technologically-mediated space, there are few opportunities to observe and learn about cultural differences in behavior.

In our book, we draw from many other researchers’ work, for example, in stressing how language is a tool for action, and how the same action can be expressed differently by different groups, meaning actions can be misinterpreted outside the group. We discuss how cultural differences in notions of moral personhood affect communication practices and interpretation.

It’s not typical for a linguistic anthropologist and a business expert to write a book together. We learned a great deal about not only engineering in global office settings, but how to do cross-disciplinary collaboration in research, writing, and in disseminating the results of our research.

Elizabeth Keating is a professor at the University of Texas, Austin, and an award-winning scholar in the field of linguistic anthropology. She has researched communication and design practice among engineers, mathematicians, doctors, and programmers and has also studied the impact of new communication technology on deaf families and their interactions with sign language.

Sirkka L. Jarvenpaa is an award-winning scholar and professor in business administration at the University of Texas, Austin, where she also directs the Center for Business, Technology, and Law. She studies and writes about virtual organizations and teams as well as global electronic commerce.

CATEGORIES: Anthropology, Communication, From Our Authors 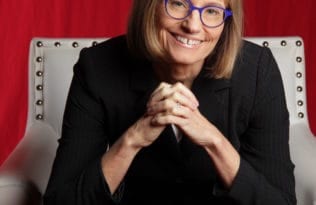