Collabra: Psychology is fortunate to have an impressive roster of senior editors across its seven psychology sections. Among these is Don Moore, PhD, Professor of Management of Organizations at the Haas of School Business, UC Berkeley, and Senior Editor in Organizational Behavior.

Don Moore got his start as a PhD candidate at the Kellogg Graduate School of Management at Northwestern University, followed by a position at the Tepper School of Business at Carnegie Mellon University. While there, he visited the University of New South Wales in Sydney, the University of Wurzburg in Germany, and the Haas School of Business at UC Berkeley. Then, because his family “really likes schlepping back and forth across the country,” he went back to Carnegie Mellon for an additional year before accepting a position in the Management of Organizations group at the Haas School.

Now adding Senior Editorship of Collabra: Psychology to the many hats he wears, we sat down with Don to learn more about his work and research, as well as what inspired him to be part of the open access journal.

1. What inspired you to pursue a career in Organizational Behavior?

After college, where I majored in Psychology, I went to go work for a privately held and neurotically secretive industrial supply company where I was overpaid to do dreadfully dull work. I hated the job the company wanted me to do, but I was fascinated by all the circumstances surrounding my work. How did the company select people for hire or promotion? How did the company make important decisions? Who had the power? How did they communicate with others in the organization? Was the company doing these things optimally or was it possible to identify better approaches? I went back to graduate school, in part to get away from my awful job managing grommet inventories, but mostly to study all the fascinating issues of behavior in organizations.

2. I gather that your research has focused primarily on the study of overconfidence. How did you arrive at this topic?

In graduate school I had the good fortune to be able to work with the wonderful Max Bazerman at Northwestern University’s Kellogg School. For my dissertation, I studied the role of time pressure in negotiation. Mostly, it was a narrow and boring dissertation topic, but there was one interesting result that emerged: when negotiators were put under time pressure, everyone (both buyer and seller) thought it was bad for them, and thought the time pressure would help the other side. Trying to understand how it is that people could be more aware of their own constraints than of others’ led me to run studies in which people were competing with each other on tests whose difficulty I manipulated. When the test got harder, all competitors thought they would be less likely to win. Or to pick another example, when the instructor cancels an exam review session or decides to make the exam closed-book, students’ hopes of getting a good grade decline, even if everyone knows the exam is graded on a forced curve. The consequence is underconfidence: everyone believes they had a below-average chance to win. My career since then has focused on identifying when people are overconfident and when they are underconfident.

3. Can you share a particularly memorable experience or breakthrough in your research?

My proudest breakthrough was when I realized I could explain the baffling empirical inconsistency between the hard-easy effect (in which people overestimate performance most on hard tasks) and its apparent reversal in better- and worse-than-average effects (in which people are most likely to believe that they are better than others at easy tasks). I presented that delightfully parsimonious explanation in a 2007 paper with Deborah Smalland a 2008 paper with PJ Healy.

4. What do you think is the greatest concern or challenge in your field today?

The field is going through a wrenching series of changes in the conduct of research and sharing of results. Before long, it will be standard practice for researchers to pre-register their studies before they run them, and afterward to post data, materials, and analysis code. But until then, the rules of the game are changing, and the changes are not being adopted at an equal rate everywhere, creating some divisions among scientists and some uncertainty for young scientists regarding how they should do their work.

5. What drew you to editorship of Collabra: Psychology?

The old system for publishing and disseminating scientific articles is appallingly inefficient, distressingly unfair, and deeply dysfunctional. For-profit publishers exploit the volunteer labor of researchers, reviewers, and editors. They then claim copyright over our work, slow down its dissemination, restrict access to the knowledge we want to share with the world, and charge our own libraries for access to it. It’s an utterly insane system that only exists because once upon a time it was expensive to distribute paper copies of printed journals. But the Internet has changed all that, making it essentially free for scientists to share their research with the world, for example at a pre-print repository. A revolution will overthrow the world of scientific publishing and I am excited about Collabra: Psychology’s potential role in hastening that revolution.

6. What kind of impact do you hope to have as a Senior Editor for Collabra: Psychology?

I am proud that Collabra: Psychology will be open and free to everyone, and that contributors will also be helping advance open science in other ways, including data posting and open reviews. We hope to establish Collabra: Psychology’s distinctive reputation as a journal whose high methodological standards can assure readers that papers published in the journal present results that are true and replicable. Researchers doing this sort of work ought to be especially interested in submitting it to us. But Collabra as a publishing program is also positioned to play a larger role in the future of scientific publishing. The journal’s publisher and OA platform stand ready to host other journals. When editorial teams at closed journals decide to throw off the yoke of exploitation and move en masse to an open-access format, Collabra has the infrastructure in place to make that move easy for the team. Moreover, since Collabra does not attempt to claim exclusive ownership over articles, it could serve as the quality referee for an online archive, such as PsyArXiv or OSF preprints in the case of Collabra: Psychology.

7. Okay, overconfidence aside — do you have a secret talent or hobby you are willing to share?

I’m quite confident I don’t. I have devoted my life to science, and taken vows of poverty and celibacy. Well, I did make an exception for my wife. And truth be told, I’m not sure the poverty thing is really working out either. But I have become a very boring person as most of my hobbies have fallen by the wayside because I love my work so much. If I have a secret talent, it is the ability to spring eagerly from my bed most mornings at 5 a.m. to dash to my desk and get to work.

Collabra: Psychology invites you to submit your work in Organizational Behavior under Senior Editor Don Moore. Click here to see our Call for Papers.

What Mozart and Super Mario Have in Common
Scribes & Cartographers: The Nonstop Metropolis Team at NACIS 2016 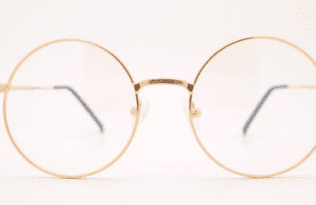