Drawing on the long tradition in Muslim scholarship of commemorating in writing the biographies of notable figures, Chase F. Robinson weaves ambitious lives together to create a rich narrative of Islamic civilization, from the seventh century to the fifteenth, in his new book, Islamic Civilization in Thirty Lives: The First 1,000 Years.

Robinson not only traces the rise and fall of Islamic states through the biographies of political and military leaders, but also discusses those who developed Islamic law, scientific thought, and literature. What emerges is a fascinating portrait of rich and diverse Islamic societies. Alongside the famous characters who colored this landscape—including Muhammad’s cousin ’Ali; the Crusader-era hero Saladin; and the poet Rumi—are less well-known figures, such as Ibn Fadlan, whose travels in Eurasia brought fascinating first-hand accounts of the Volga Vikings to the Abbasid Caliph; the eleventh-century Karima al-Marwaziyya, a woman scholar of Prophetic traditions; and Abu al-Qasim Ramisht, a twelfth-century merchant millionaire.

Beautiful images are featured throughout the text, creating a vivid picture of life in all arenas of the pre-modern Muslim world.

Chase F. Robinson was Lecturer and Professor of Islamic History in the Faculty of Oriental Studies and Fellow of Wolfson College at the University of Oxford from 1993 until 2008, when he was appointed Distinguished Professor of History and Provost of the Graduate Center of the City University of New York, where he now serves as President. His extensive publications on Islamic history include Islamic Historiography, Empire and Elites after the Muslim Conquest, and The New Cambridge History of Islam, Volume 1, and he has published an op-ed in The New York Times. 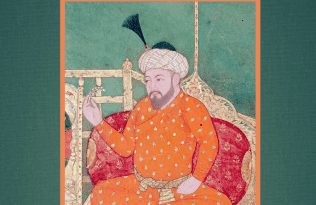 A Fascinating Snapshot of Islam through Thirty Brief Biographies 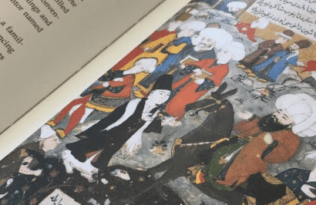 Rumi, the Sufi ‘poet,’ who cared nothing for poetry