Bob Dylan just received the 2016 Nobel Prize for Literature, and the Internet exploded. I own pretty much every album Bob Dylan’s ever put out, so you can guess where I stand on the issue. But there is an interesting question that keeps coming up in the online debate over Dylan’s award: Should a musician even win a literature prize? As Salmon Rushdie has pointed out, music and literature have long been closely linked—for much of human history and around the globe. 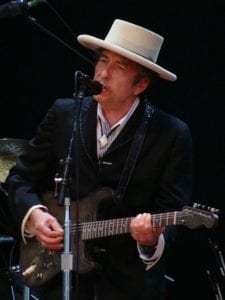 Take Ancient Greece. The tragedies of Sophocles and Euripides and the epic poems of Homer, for example, have been celebrated for centuries as foundational literary texts. However, we know that performance—public performance—was their primary medium. Greek tragedy was essentially musical theater (closer to, say, Hamilton than Strindberg), and it had all the hallmarks we associate with musical performance: meter, rhythm, melody, and instrumental accompaniment. Even dancing. One of the defining features of Greek tragedy was the chorus, which sang, danced, and led the audience through such intellectual and artistic heavyweights as Antigone and the Bacchae. The Greek word “chorus,” in fact, comes from a family of words signifying dance and movement, and it’s the same word we’ve used in English for five hundred years to refer to a group of people singing. Although it’s controversial whether the Iliad and the Odyssey were recited to instrumental accompaniment, they were both certainly performed, augmented by the power of rhythm, intonation, gesture, and pitch. In our recent edition of the Iliad, translator Peter Green does a wonderful job of capturing the fantastic, varied sounds of Homer’s poetry. Go to our website, where you can download for free the whole of Book IX. Read it out loud, and see for yourself. 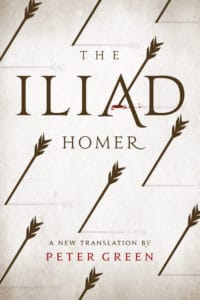 Tragedy and epic poetry are just two examples, and Greek is one of countless traditions where the “musical” and “literary” converge. West Africa, the Middle East, and many other regions all had flourishing cultures that combined literary technique and musical expression. For the novel-lover and/or the Dylan-hater, I doubt pointing out this heritage will do much to persuade them that Dylan’s music is as deserving of literary status as, say, Philip Roth’s output. Maybe you think Dylan is crap. Or maybe you think awards should celebrate the many massively talented artists around the world who haven’t already had a lifetime of accolades. Those are entirely defensible positions, of course. But if you’ve only ever thought of literature as words on a page, maybe it’s time you gave it another listen.

Eric A. Schmidt is the Classics and Religion editor at UC Press. 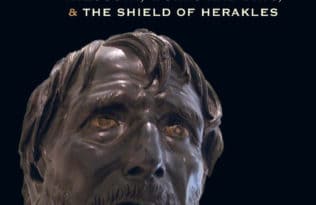