The way that Americans celebrate Halloween is so culturally established that it’s often difficult to imagine it without its many defining themes and icons. But the way these long-standing traditions were established can be a mystery. How did this holiday come to be the way that it is today, and how is it still changing?

Before you don your costume, here are some facts about Halloween’s past you might not have known from Bruce David Forbes’ America’s Favorite Holidays.

1. The Halloween that we know today has roots in the Celtic harvest festival of Samhain.

“Celts believed that this was the one time of the year when the veil between earthly reality and the spirit world was especially thin. . . With their attention focused on the spirits of the dead and on ghosts and fairies, the Celts countered dread and uncertainty with bonfires to push back the darkness, and perhaps with ritual dancing and masks or costumes, either to hide from the spirit creatures or to scare them away. This belief in a temporary opening between this world and the otherworld helps set the tone for what eventually becomes known as Halloween.” 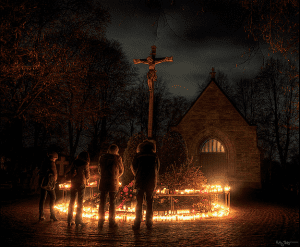 2. Halloween’s name comes from the Christian observance of All Saints’ Day.

Some speculate that this holiday, moved from early May to the first of November to supplant the secular Samhain. “Whatever the motivation, November 1 became All Saints’ Day, eventually in Ireland too, and a century later All Souls’ Day was added on November 2 and became widely adopted in the western church by the 1300s. All Souls’ Day was mostly a time of prayer on behalf of the dead who were in purgatory, temporarily between heaven and hell. . . There was the evening before All Saints’ Day, called All Hallows’ Evening or Eve, and then the day itself, All Saints’ Day, also called All Hallows or Hallowmas.” 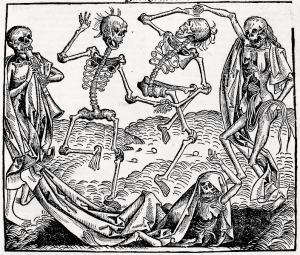 3. The Black Death contributed to Halloween’s darkly humorous focus on skeletons and death.

The plague, which terrorized Europe in the late Middle Ages, “gave rise to a morbid sense of humor and a gruesome fascination with skeletons and paintings of the Dance of Death or the Dance Macabre, which became absorbed into Halloween imagery. As summarized by Halloween historian Lisa Morton, ‘The new common obsession with depictions of skeletal Grim Reapers found a natural home in a festival once thought to be the night when the dead crossed over into the world of the living.'” 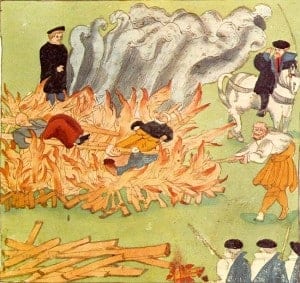 4. The witch trials in the late Middle Ages influenced many key themes of both Halloween and Shakespeare’s Scottish play.

Scotland, a Celtic nation, had thousands of witch trials during the period between the late 1500s and early 1700s. “The first major examples were the North Berwick witch trials, begun in 1590, which garnered a lot of attention because King James VI of Scotland presided over them himself. . . . In a union of crowns, this James VI of Scotland became James I of England in 1603, and only a few years later Shakespeare wrote his renowned play Macbeth, which includes Scottish kings, murderous plots, and witches. The trials of North Berwick incited ongoing fear of witches, prompting over two thousand additional trials in Scotland in the following years. Witches, the Devil, brooms, and black cats had become a part of Scottish culture.”

5. The iconic Halloween pumpkin could have been a Halloween turnip.

“In Ireland, small lanterns were created by
hollowing out a turnip or a beet and placing a candle inside, to light the way as people ventured through the night. The flickering light from the lanterns looked similar to the flashes of light that arose from peat bogs or marshes, flashes that appeared mysteriously and vanished quickly and were believed to be ghosts or fairies. . . . When the Irish came to the New World they found a new kind of squash, the pumpkin, native to North America and much larger than the turnip of old. The Irish quickly adopted the pumpkin as a replacement, again carving it and placing a light inside, creating what has become the bright orange symbol for the modern Halloween.”

Trick or treating, again carried over from Scottish tradition, comes from the practice of ‘guising’, or appearing in disguise. “As it developed in Scotland in particular, young adults in costume went door to door on the evening of October 31 to entertain by singing songs, telling stories, or performing sleight-of-hand tricks in return for something sweet. . . . The crowds solicited food and money, but in many cases they were more interested in pranks, and the phrase “trick or treat” arose in that context. The first known published use of the phrase appeared in Canada in 1927, and the first Halloween appearance in the United States was in a 1934 Oregon newspaper. . . So-called tricks, seen as good fun by the perpetrators, were indeed carried out, but many recipients viewed this activity as threatening. Unhinging front gates and discarding them blocks away, overturning outhouses, or splashing paint on buildings were no laughing matter for many citizens.” 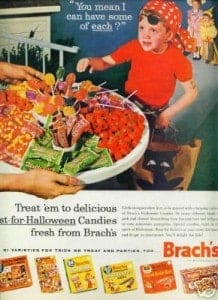 7. Halloween is one of the fastest-growing holidays for consumers.

Although several other holidays rank above Halloween in purchases every year, including Valentine’s Day and even the Super Bowl, Halloween spending is still at an all-time high. “In 2014, the National Retail Federation’s annual consumer spending survey indicated that Americans would spend $7.4 billion for Halloween. Of this, $2.8 billion, or 38 percent, was for costumes. (The other two major Halloween expenditures are candy at $2.2 billion and decorations at $2 billion.) Subdivided, $1.1 billion was for children’s costumes, but even more—$1.4 billion—was for adults. There was even $350 million budgeted for pet costumes!” 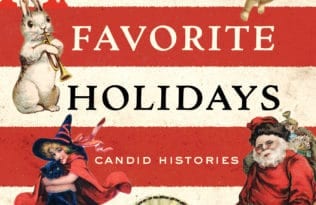