2016 WHA attendees: Be sure to visit UC Press at booth #29 to see our full list of books and journals in Western History. 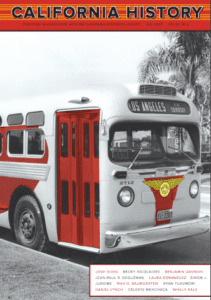 Under the stewardship of the California Historical Society for nearly one hundred years, California History is pleased to offer a special virtual issue on Nature in California History. The virtual issue features historical research on the demise of the Galapagos Turtle during and after the Gold Rush; salt harvesting in Alameda County; the rise of sweet pea cultivation at the turn-of-the-nineteenth-century; irrigation in late nineteenth-century Los Angeles; Bee-keeping in early twentieth-century Los Angeles; the intrigue surrounding the killing of the second-to-last grizzly bear in California in 1916; and the “sprawl” of Yosemite after World War II. 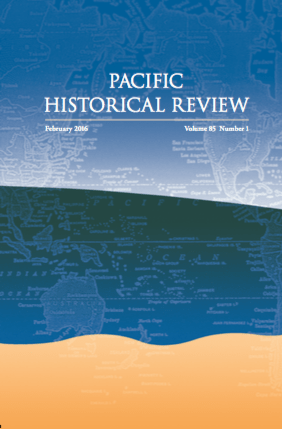 The official publication of the Pacific Coast Branch of the American Historical Association, the Pacific Historical Review has published dozens of award-winning articles. PHR is especially pleased to have been honored multiple times by the Western History Association. To celebrate two Western History Association prizes that will be awarded to PHR this year, we’re offering limited-time complimentary access to these new award-winning articles. 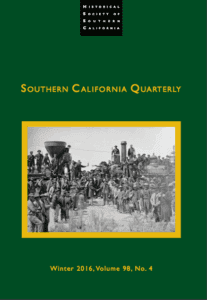 Boom: A Journal of California 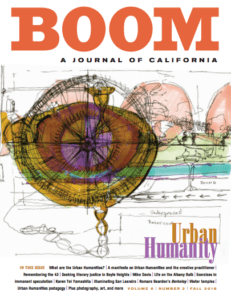 Led by guest editors Susan Moffat and Jonathan Crisman, and with contributions from UCLA and UC Berkeley’s Urban Humanities initiatives, Boom presents its Fall issue on “Urban Humanity.” The issue explores exciting and innovative ways that history, geography, and literature intersect with urban studies, art, and architecture to help us better engage with the world.

Read the entire issue for free at boom.ucpress.edu, and join the editors and contributors for special events in honor of the new publication.