We are pleased to introduce Emily Albu, Professor of Classics at UC Davis and one of the associate editors of Studies in Late Antiquity. Albu’s research began as a PhD candidate at UC Berkeley, where she obtained a doctorate in Comparative Literature focused on medieval literatures in Latin, Byzantine Greek, and Old French/Old Provençal. Since 1995 she has taught at UC Davis, where she has continued her research in Classical receptions, medieval historiography, and cartography in the Middle Ages, including the transmission of texts, genres, and ideas in late antiquity.

Albu’s wealth of experience, particularly in mapping ancient geography and cultures, makes her an ideal associate editor of Studies in Late Antiquity, a journal that seeks to emphasize the interconnected of the Mediterranean with other parts of the late ancient world.

We sat down with Albu to talk about her background, research interests, and what excites her most about the new journal.

What inspired you to get involved with Studies in Late Antiquity?

Studies in Late Antiquity seems the natural next step for the group that first formed in 1999 as the University of California Multi-Campus Research Group (MRG) on the History and Culture of Late Antiquity. I was on its steering committee until it affiliated with the Ancient Borderlands MRG (2011-12) and serve now on the core faculty of the California Consortium for the Study of Late Antiquity (2011-present). 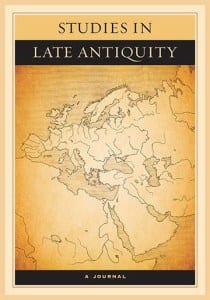 In its various iterations this group has met several times a year to share research, organize conferences, mentor graduate students, and offer team-taught, video-conferenced seminars to students on our various campuses. We traveled the state to present workshops to California’s public school teachers, and in 2007 the American Philological Association (now the Society for Classical Studies) awarded us its Prize for Scholarly Outreach. An MRG-organized Shifting Frontiers Conference at UC Santa Barbara resulted in the 2006 publication of Violence in Late Antiquity: Perceptions and Practices, ed. H.A. Drake, with four colleagues and me assisting Hal as co-editors.

What excites you most about the new journal?

The expansive research projects of our California Consortium faculty, along with the evolving concerns of the field, informed our desire to create this new journal. I am most excited about the geographical range that Studies in Late Antiquity embraces, as well as the broad reach of the journal’s topical interests. The online format also lets us experiment with new ways of presenting maps and other visual materials. I hope soon to take advantage of all these possibilities while editing an issue devoted to teaching late antiquity.