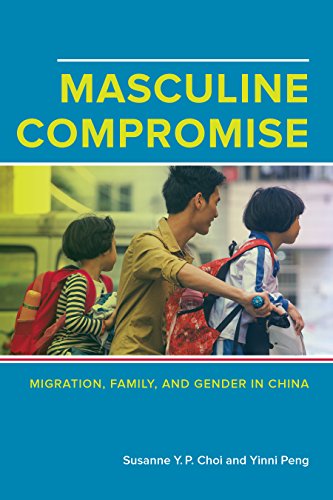 How can this book add to our understanding of the impacts of migration on family life and gender dynamics in China?

Migration is a pivotal event that dramatically alters family life and shapes gender relationships. With a specific focus on changes in men and masculinities, our book shows how rural-urban migrant men in China have actively renegotiated their multiple gender identities as a romantic lover, responsible husband, caring father, and filial son, and how these identities have formed part of their engagement of urban lives post migration, and served as a platform for n trans-local familial networks and responsibilities to be maintained and fulfilled. In some instances, migrant men’s changes in practice are surprisingly big. For example, we have identified nearly forty per cent of migrant men in couple and family migration as active participants in housework and child care post migration. In other instances, our findings contradict cultural stereotypes of Chinese men as emotionally detached disciplinarians and moral instructors of their children. Migrant fathers in our book reflect on rich emotions, including attachment, longing, sadness, guilt, disappointment, pride, satisfaction and joy, for their left-behind children. In summary, our exploration of the subjective experiences, strategies and agency of migrant men complicates the interaction between population movement and gender dynamics in the context of rural-urban inequalities and family changes in post-Mao China.

What do you mean by ‘masculine compromise’? How does this concept contribute to gender theories of change?

Masculine compromise refers to migrant men’s effort to preserve the gender boundary and their symbolic dominance within the family by making concessions on marital power and domestic division of labor, and by redefining filial piety and fatherhood. This concept provides an overall theoretical frame and a new perspective to analyze the ways in which migration has transformed family life and how migrant men have interpreted and responded to these transformations. The concept highlights how changes in gender relationships ushered by migration are characterized by a combination of pragmatic adjustments and the continued salience of male gender identity and traditional ideology. While masculine compromises arguably contribute to the ‘successful’ functioning of migrant families, they have limitations – they arise more out of pragmatism than transformation of equalitarian gender values and ideals.

In what ways are the findings of this book relevant to societies other than China?

We believe that the main themes of the book, including migrant men’s masculine compromises, the diversity of their coping strategies, and their emotional consequences of and responses to migration could also be observed in societies where migration is a prominent phenomenon. Our book shows that despite being viewed as the de facto beneficiaries of patriarchy, migrant men’s experiences are not unproblematic and do not warrant extensive investigation. It offers gender, migration and family scholars a new approach to focusing on male migrants’ agency through a gendered lens. It also provides researchers and students insights into how inequalities between the sexes underpinned by interactions between men and women at the intersection of migration and family dynamics, and the interplay between the interactional and the institutional in specific social and cultural contexts.

Susanne Y. P. Choi is a Professor of Sociology at the Chinese University of Hong Kong. Her recent research projects examine the intersection between gender, migration, family and sexuality in Chinese societies.

Yinni Peng is an Assistant Professor of Sociology at the Hong Kong Baptist University.   Her research interests include migration, gender, family, labor politics and social media. She is currently working on a project investigating trans-local parenthood of migrant workers in South China.

A look back at Unfathomable City: A New Orleans Atlas
White People Like Hiking? Some Implications of NPS Narratives of Relevance and Diversity