Whether you’ll be joining the feverish thousands in person or not, in honor of Day 1 of Comic-Con 2016, we’ve rounded up some suggested reading for our pop culture fans, comic book lovers, and monster and other creature geeks.

Funnybooks: The Improbable Glories of the Best American Comic Books

Attendees will have two chances to hear author Michael Barrier speak this year. Join a discussion on ‘Walt Kelly and POGO’ from 12:30–1:30 PM on Friday or go to the ‘Spotlight on Michael Barrier’ on Friday evening where he will talk about the challenges and rewards of pursuing an interest in comic books that bypasses superheroes in favor of artists like Carl Barks, Walt Kelly, and John Stanley. Randy Duncan (author of The Power of Comics: History, Form and Culture) will moderate this Q&A session, which will followed by an autograph session from 5:30–6:30 PM in the Sails Pavilion.

Hellboy’s World: Comics and Monsters on the Margins

Despite Mike Mingola’s recent release of the final issue of Hellboy, you can still immerse yourself in the aesthetic world and “adventure of reading” with Scott Bukatman‘s delightfully beautiful volume. With positive reviews from Henry Jenkins on ‘Confessions of an Aca-Fan‘, The Comics Journal, and Junot Díaz, you don’t have to just take our word for how great this book is.

With a foreword by Sir Patrick Stewart, and taking their cue from the words of the program’s first captain, William Shatner, in an interview with the authors: “It’s a television show.”, this book returns to the heart of one of the most successful transmedia franchises of all time: the initially unsuccessful 1960s television production, Star Trek: The Original Series.

Dangerous Games: What the Moral Panic over Role-Playing Games Says about Play, Religion, and Imagined Worlds

Listen to author Joseph Laycock talk about ‘The Satanic Panic & Role Playing Games’ on an episode of MonsterTalk, then jump into his book which makes “a much-needed contribution to the understanding of the human need and capacity for creating and inhabiting multiple realities.”

Pixar and the Aesthetic Imagination: Animation, Storytelling, and Digital Culture

Eric Herhuth draws upon film theory, animation theory, and philosophy to examine modes of animation storytelling that address aesthetic experience within contexts of technological, environmental, and socio-cultural change. This forthcoming book considers Pixar’s artificial worlds and transformational stories as opportunities for thinking through aesthetics as a contested domain committed to newness and innovation, as well as criticism and pluralistic thought.

“What’s interesting about Krazy! is that it explores these art forms and presents them in a way in that forces the reader to never look at anime, manga, or video games in the same way again. . . . With bold, beautiful full-colored pictures. . . . Embrace the kraziness.”—Pop Matters

Stop by the on-site Mysterious Galaxy Bookstore at Comic-Con, or save 30% on all UC Press Animation titles with discount code 16M4197 (enter code at checkout).

Black Elephants in the Room
Global Latin America: Into the Twenty-First Century 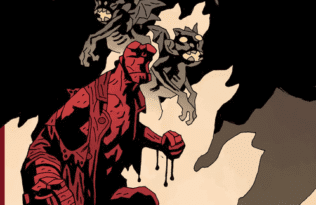 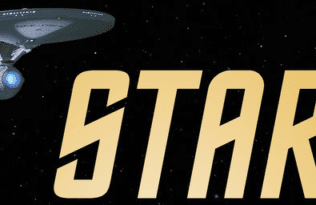