This post is written by Tom Turner, author of David Brower: The Making of an Environmental Movement

The recent announcement that the Pacific Gas & Electric Company will close its Diablo Canyon nuclear power plants by 2025 made big news across the country as maybe, just maybe, signaling the end of the nuclear experiment in the United States. Time will tell about that, but there was an odd rewriting of history by at least two of the country’s biggest newspapers that needs correcting.

Both the New York Times and the Los Angeles Times reported that in 1969 David Brower, then the executive director of the Sierra Club, was so angry at the club’s refusal to oppose the reactors proposed by PG&E that he quit his job and founded Friends of the Earth to fight the Diablo proposal. A tidy story, particularly since Friends of the Earth has been key to finally winning the campaign to shutter the reactors, but way off the mark.

The Diablo proposal nearly tore the Sierra Club in two in the mid sixties. The plant was originally proposed for a site near the Nipomo Dunes, also on the California coast. The Sierra Club, led in this case by the photographer Ansel Adams, had long supported establishment of a state park at the Nipomo site, and several of the club’s directors worked with PG&E to find a site that would save the dunes. They identified Diablo Canyon as a site the club could live with.

Only one of the fifteen members on the Sierra Club’s board of directors had ever visited Diablo Canyon, and when a motion to put the club on record as not opposing the site he—Martin Litton, then travel editor of Sunset Magazine—was out of the country. The motion passed by a large majority, despite David Brower’s urging that the vote be postponed until the directors could visit the site and see for themselves. When Litton learned of the board’s action he flew into a rage, accused the promoters of the project of fraud, and vowed to overturn the vote.

A year or so later the balance of power on the board of directors changed and the board adopted a resolution to the effect that its vote to tacitly approve the site was a mistake and a violation of club policy. Dave Brower stayed quiet through much of the battling, which raged for months. His sympathies were no secret—he and Litton were staunch allies—but he was being criticized by several directors (including Adams) for alleged profligate spending on the book-publishing program and for defying board orders on a variety of matters, and he needed to keep his head down.

In the end Brower ran for a position on the board and lost badly. He resigned in May 1969 to avoid being sacked. He always thought that the Diablo battle was a key to his demise (there were rumors that PG&E had helped conduct the campaign that brought him down), but there was no proof.

Still, to say that he quit in anger over the club’s refusal to oppose the project is simply incorrect. There is a nice symmetry to the story, however, in the end. Brower did oppose Diablo, he did found Friends of the Earth, and Friends of the Earth did lead the negotiation with PG&E that should see the end of the Diablo reactors by 2025. 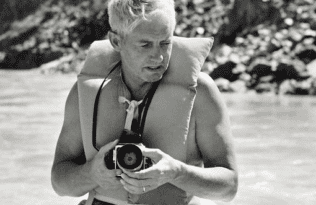