In honor of the 2016 annual meeting for the Center for Studies on New Religions (CESNUR), we are pleased to offer free access to the latest issue of Nova Religio: a special issue on New Religious Movements and the Visual Arts (Vol. 19, No. 4), guest-edited by CESNUR director, Massimo Introvigne.

Featuring seven articles and a guest-editor’s introduction, readers can enjoy free access to this special issue today through the end of the conference on July 10.

Mona Lisa’s Mysterious Smile: The Artist Initiate in Esoteric New Religions
Per Faxneld
A discussion of the views of nineteenth-century art critics and other authors of Leonardo da Vinci’s Mona Lisa (La Gioconda) as containing hidden meanings and of Leonardo as an esotericist.

‘Theosophical’ Artistic Networks in the Americas, 1920-1950
Massimo Introvigne
Traces the networks of artists and persons in artistic circles in the Americas influenced by Theosophy, Rosicrucianism, and Agni Yoga.

Rose Cross, Saturn’s Menagerie and the Coal Mines of Silesia: Strange Visions of Teofil Ociepka
Karolina Maria Hess and Małgorzata Alicja Dulska
Introduces the fascinating visionary paintings of Teofil Ociepka (1891-1978), one of the Polish Naïve Art painters of Silesia. The fantastic flora and fauna in his paintings were influenced by his study of Western Esotericism and alchemy, Rosicrucianism, and a 1841 book by Jakob Lorber.

Esoteric Themes in the Artistic Works of Janina Kraupe
Izabela Trzcińsk
Discusses the art and esoteric thought of the internationally known Polish artist Janina Kraupe (1921-2016), and her appropriation of ideas from Theosophy, Anthroposophy, Zen Buddhism, and other alternative religious ideas in Poland.

‘All the Heavens in your Hands’: Oberto Airaudi and the Art of Damanhur
PierLuigi Zoccatelli
A photo essay depicting and explaining the religious significance of the “selfic paintings” of Italian artist Oberto Airaudi (1950-2013), known as Falco in the community that he founded near Turin, Italy named the Federation of Damanhur. 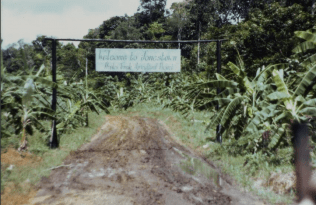