Today’s post concerning the Brexit referendum and its potential impact on the environment comes from Jeremy Davies, author of The Birth of the Anthropocene. This re-blog appears courtesy of Made Ground, a website on the anthropocene era where it originally appeared.

There is a half-plausible Left case against the European Union (for the member states in general, not for Britain in particular). But this afternoon, Farage’s victory feels absolute—victory “without a bullet being fired” as he shouted this morning, overlooking in the heat of the moment the assassination of Jo Cox. In comparison to Farage, even Johnson seems to me almost diminished rather than conquering—among the political class, at least, if not necessarily with the voters. Johnson was generally taken to be the leader of the Out campaign; his great gamble has paid out against the odds; and he may well be Prime Minister in four months’ time. And despite all that, just now both he and the souverainiste ideologues—Redwood, Cash, Hannan, Carswell, Gove, Rees-Mogg (all of them linked by that same curious closely studied masculinity)—seem secondary to Farage’s achievement.

There was a terrible fluency to Farage’s invocation of the “decent people” whose triumph it was. The odd thing is that a few hours earlier he’d been convinced he was going to lose; at 11 o’clock last night he was already setting loose a conspiracy theory about the voter registration process. But instead he’s turned out to be the first politician since Blair really able to mould events in England to his will, instead of just trimming his policy agenda to accommodate the popular mood. Tough-looking UKIP men congregated round him all night.

“Environmental issues” were virtually absent from mainstream discussion, except briefly when the out-supporting farming minister made some insufficiently coded remarks about “coming up with new, interesting ways to protect the environment,” “based on realistic assessments of risk.” But it’s understood that the most hardline extractivists have been disproportionately Leavers, and that this morning they were taken off the leash.

An autarkic agenda of fracking and fresh opencast coalmining is obviously a close fit with the new nativist ascendancy, though presumably there will also be rhetorical concessions (not necessarily practical ones) to the sensibility that wants the countryside protected from houses built for immigrants. Britain has tended for a long time to be ahead of the rest of Europe in attention to animal welfare, so the inevitable campaign to level down British environmental standards to those of the US in the interests of “buccaneering” free trade might encounter some struggles in that respect, if no other. But agricultural soil mining can presumably intensify without attracting much public awareness. The promised “bonfire of regulations” is likely to burn brightest among the EU’s controls on pollution—pesticides and herbicides, industrial toxicity, threats to public health, waste disposal—since that’s necessarily the most highly technical of domains; the skirmishes over neonicotinoids and Johnson’s record on air pollution as Mayor of London are ominous signs. And the carbon cycle… it’s hard to mourn the disruption of the EU Emissions Trading System (though perhaps in fact we should), but structural resistance to an energy transition within Britain seems bound to grow still stronger, and we’ve surely already lost the whole sense of a European vanguard on global climate policy in which Britain participates (and within which it even made the running, at least until 2010). That’s a horrifying blow.

Jeremy Davies teaches in the School of English at the University of Leeds. 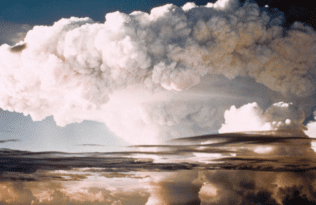 The Rhythms of History