This post was originally featured on Penn Current and has been reblogged with the permission of the author and Penn Current.

More than 3 million people drive trucks in the United States. In fact, according to Steve Viscelli, author of The Big Rig: Trucking and the Decline of the American Dream and a lecturer in the Department of Sociology, it’s the No. 1 occupation in 37 of 50 states.

Viscelli, who will be a Robert and Penny Fox Family Pavilion Scholar and a senior fellow at the Kleinman Center for Energy Policy this fall, knows a thing or two about trucking beyond penning a book about it. In 2005, he spent six months working for a for-hire carrier. For an average of 90 hours a week, his truck’s 53-foot trailer hauled a mishmash of material: pillows, steel coils—anything a pallet could hold.

“I usually started out in New York. I’d take beer to Michigan. In Michigan, I would pick up auto glass and drive it to Green Bay, and in Green Bay I’d pick up paper products and bring them to Mobile, Alabama. In Mobile, I’d pick up tires and bring them to Florida,” Viscelli explains. “You just do that for weeks. You don’t know if you’re going to get home on Thursday or Sunday.” 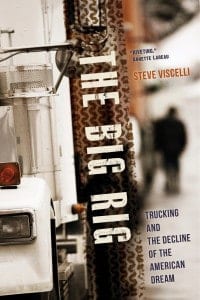 Through this on-the-job experience—what began as doctoral dissertation research—he learned that the Great Recession hit this industry, which acts as an economic barometer, in an interesting way. Unlike with product-based trades, trucking’s services can’t be stored. It’s what is known as derived-demand.

“As soon as there’s less demand, you have unutilized assets, which means everybody is going to start cutting rates to keep their trucks moving,” he says. “When rates start to go south in trucking, they go really south. Historically, that’s meant you always have big firms going into bankruptcy.”

This time around, though, that didn’t happen.

The industry now uses employees and independent contractors to drive trucks, and the latter group must cover all expenses, including truck payments, insurance, and fuel. For these owner-operators, for-hire carriers negotiate customer contracts, which typically comprise a per-mile pay rate and fuel pricing. Most carriers also include a surcharge—an extra per-gallon cost to the independent contractor—to account for dips and spikes. In 2008, per-gallon costs rose above $4, and the fuel surcharge couldn’t keep pace.

When they didn’t collect enough from customers, carriers shifted the burden onto contractors.

“In 2008, into 2009, you had thousands of drivers basically working for free,” Viscelli says. “I met drivers taking money from their wife’s income to buy fuel because as they saw it, they had equity in the truck.”

Almost no major trucking companies failed, he adds, and some started making money again within two years. Around a decade later, these businesses are recruiting again, reopening schools that at their peak trained 200,000 people. Turnover in this male-dominated field remains high—100 percent annually in some places—but according to Viscelli, trucking right now is generally profitable. He’s keeping his finger on its pulse, working on a policy proposal that could change the movement of freight around cities and maximize the efficiency of each truck.

His time studying the industry taught him it’s ever-changing.

“There is definitely a novelty of the job, so drivers coming in are very excited about the possibilities,” he says. “The problem is that [their] expectations are virtually never met.”

On Jerusalem: A Special Virtual Issue from the Journal of Palestine Studies
Appealing to Justice wins the 2016 Sutherland Book Award 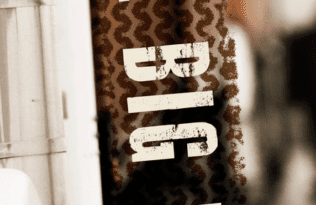 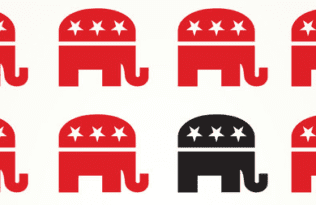