This post was originally featured on Medium and has been reblogged with the permission of the author.

by Gordon Young, author of Teardown: Memoir of a Vanishing City

“Three years after being named arson capital of the nation, Flint’s Arson Squad is being cut in half after the decision was made to pull Flint police from the team.”

The fires started in late March of 2010, around the time Flint residents typically start fantasizing about the spring thaw. Like any city with widespread blight, Flint had an ongoing arson problem, but this was different.

The sight of smoke plumes was commonplace, along with an acrid, charred smell that wafted through the city. It seemed like everyone had a fire story, and a friend of mine named Guy was no different.

Guy was born and raised in Flint. Though his grandfather had been a prominent local doctor, Guy’s dad landed on the line at Chevy in the Hole, took to drinking, and ended up living in an apartment above Vechell’s Lounge, a well-known bar near the factory.

Guy learned to play the piano growing up. He landed gigs at various union halls around Flint, found work in a band down in Houston, and eventually made his way to Las Vegas, where he joined the house band at The Dunes. The pay wasn’t bad, and he had a room with two king-size beds at the casino hotel, but he saw no future in it.

He returned to Flint and got a degree in psychology from the University of Michigan with nearly perfect grades. He took a creative writing class, and the professor was so impressed that he urged him to apply to the Iowa Writers’ Workshop. But before long Guy was drinking heavily, just like his dad, and his marriage was on the rocks. He bounced around, living in Lansing for a while before returning to Flint in 1993 with his new wife, Maggie. He got sober, and they bought a 750-square-foot house on Arlington Street on the East Side, now one of Flint’s toughest neighborhoods.

Guy was a salesman at a mattress warehouse making seven dollars an hour, plus a little money on the side designing websites, a skill he picked up on his own. He didn’t have enough money to move. “I’m trapped on the East Side,” he said during one of the long conversations we had when things were slow at the mattress store.

Flint had a way of intruding on our talks. One day a woman showed up at the warehouse. Guy thought he had a customer, but she was selling frozen meat out of a cooler in the backseat of her car, most likely stolen. “You wanna buy some steaks?” she asked.

“Do you accept plasma as payment?” Guy replied.

She didn’t get the joke and left quickly.

“Man, that encounter pretty much sums up Flint,” he told me.

Guy thought of himself as someone who didn’t scare easily. After all, he’d seen some weird shit in the neighborhood: high-speed car crashes, a little boy drowning in a backyard pool, neighbors drinking and fighting, child abuse in plain sight, random gunshots, and even a sword fight in the middle of the street.

“When we first moved here, there were some GM retirees and a few other people on the block who kept their homes immaculate,” Guy said. “But all those ‘normal’ people — for lack of a better term — either died or moved away. There’s almost a complete absence of middle-class homeowners now. Almost everyone’s renting, and it’s like they’re feral people. On warm summer days the street is a cacophony of profanity. I’m amazed how quickly my street declined,” he told me.

There’s no doubt Guy would have liked better neighbors — or the money to move — but he still maintained a large measure of sympathy for his fellow East Siders, even if they were making his life miserable and all but eliminating any value left in his house. “There’s a prevalence of hopelessness coupled with contempt for authority in the neighborhood,” he said. “There’s just a lot of disillusionment. They never got a real piece of the American dream. And the piece they got is getting increasingly smaller.”

Guy had a highly personal take on the arson spree. He and Maggie had been asleep one morning when they were awakened by pounding on their front door. Groggy, disoriented, and naked — Guy volunteered that he’s not fond of pajamas — he jumped out of bed, thinking it was a break-in. “I’m not a gun nut, but I live on the East Side, so of course I have a shotgun and a couple handguns,” he said. “I was wondering if I was going to have to defend myself.”

He threw on a pair of boxers and headed for the door. He could hear someone screaming for everyone to get out of the house. Guy opened the door, walked onto his front porch, and discovered that the two-story house next door, just fifteen feet away across the driveway, was engulfed in flames. Burning debris was floating down onto his house. He could feel the fire.

It was so hot he smelled his hair starting to singe.

A drunk man in his fifties had banged on the door. He was riding a child’s bike home from a party and saw the fire. He had probably saved Guy and Maggie’s lives.

“Armageddon’s happening on the other side of the driveway, and I’m in there sawing logs,” Guy said. “Our bedroom window was open, smoke was billowing in, and we didn’t even notice.”

Maggie quickly joined him on the porch. As Guy stood there in his underwear, a wave of anxiety washed over him. He and his wife had three Chihuahuas, two cats, a blind Cocker Spaniel, and a German Shepherd named Buddy they had found on the street and nursed back to health. They were all in the house. He needed to get them out. And what about his computers? If they went up in flames, so did half his income. And there was the fact that he’d just paid off the house four months earlier and canceled the homeowners’ insurance because it was too expensive.

“I just had this overwhelming feeling that I was doomed,” he said. “Everybody and their brother had just been laid off from the fire department, and I had no insurance. We were going to lose everything, and it was my fault. I was going to hate myself for the rest of my life, if I had one when this was all over.”

But just maybe all that time in Vegas had earned Guy a little luck, because the drunken bike rider had managed to call 911 on his cell phone. Guy could hear sirens in the distance. They were getting louder. The city’s beleaguered fire department, decimated by budget cuts, was on the way. When the trucks rolled up, the neighbor’s place was long past saving. The goal was to contain the blaze. Firefighters set up big sprinklers to soak Guy’s house. He pulled himself together and jumped in his beat up Dodge Dakota — baking in the driveway — and saved it from the fire. Maggie herded all the animals safely outside. 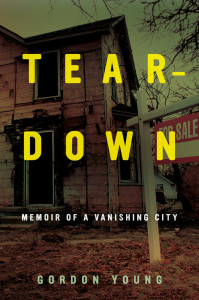 As dawn broke, their little house was still standing.

But this relatively happy ending didn’t give guy a new outlook on life in Flint. “The fact that they saved our house and no one died is just amazing,” he said. “But when people start burning down every empty building, it’s still shocking. I live in fear all the time, because there doesn’t appear to be any end to this. I don’t see this getting better. Ever.”

Gordon Young grew up in Flint, Michigan. His work has appeared in the New York Times, Slate, Utne Reader, and numerous other publications. Young has published Flint Expatriates, a blog for the long-lost residents of the Vehicle City, since 2007. He is a senior lecturer in the Communication Department at Santa Clara University and lives in San Francisco. Learn more about Teardown on his website and listen to his UC Press Podcast on the book. 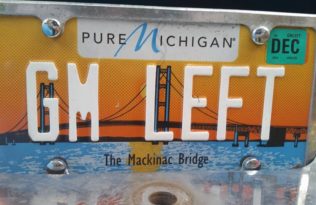 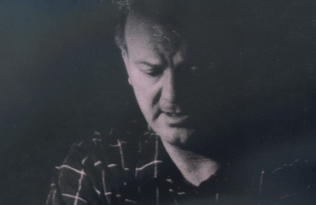 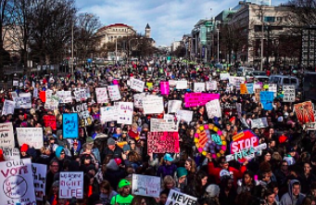