By Paul A. Schroeder Rodríguez, author of Latin American Cinema: A Comparative History

2016 marks the 50th Anniversary of the Latin American Studies Association, the largest organization of Latin Americanists in the world. Appropriately, the meeting is taking place in New York City, site of the initial congress, with the theme “LASA at 50.” In keeping with this theme and this place, the Film Studies Group and the Visual Studies Group organized a screening of “The Life, Death and Assumption of Lupe Vélez” at The Film-Makers’ Cooperative last week.

Also shot in New York City exactly fifty years ago, “Lupe” is a tribute to Mexican film star Lupe Vélez. Directed by Puerto Rican filmmaker José Rodríguez Soltero, it is clearly rooted in New York City’s underground cinema movement of the 1960s: it is visually striking, with bold, saturated colors; and narratively, it is every bit as transgressive as comparable films by Andy Warhol and Jack Smith. Its soundtrack, on the other hand, and the superb acting by drag queen Mario Montez, also root it to Latin America and Spain. Some of its parts seemed to dialogue with Mexican musicals of the 1950s called cabareteras. Others seemed to dialogue with Cuban Santiago Álvarez’s agit-prop newsreels of the 1960s. And I would not be surprised to learn that Almodóvar was inspired by Lupe when he shot “High Heels“.

The experience was unforgettable, a reminder that Latin American cinema, whether made in Latin America or in New York City, is a triangulated cinema defined by the intense circulation of images, themes, and sounds between North America, Europe, and Latin America itself. 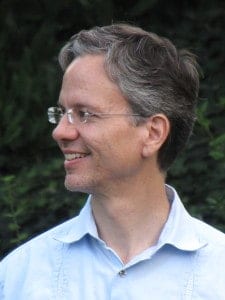 Paul A. Schroeder Rodríguez is Professor and Chair of the Department of World Languages and Cultures at Northeastern Illinois University in Chicago. The author of Tomás Gutiérrez Alea: The Dialectics of a Filmmaker, he has published extensively on Latin American cinema in leading academic journals.