By Corinna Kruse, author of The Social Life of Forensic Evidence

I have a confession to make: I find CSI (the long-running TV show Crime Scene Investigation) much less interesting than the non-fictional criminal justice system. 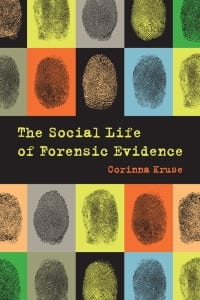 I do admit, it feels a little unappreciative to write this. I’m quite sure that CSI’s popularity has helped my work find audiences, both within and without academia. But it’s no less true. Studying the (Swedish) criminal justice system from the inside – at least, from the considerable part of its insides that I was graciously given access to – has made me realize just how much more interesting non-fictional forensics are.

This difference, I think, boils down to complexity–complexity that I find fascinating and complexity that the criminal justice system has and CSI doesn’t. For example, on CSI, the same (fictional) crime scene investigators do lots of different things. They go to crime scenes and collect traces, they analyze these traces – and quite different kinds of traces, at that – in the laboratory, they talk to witnesses, and they cause suspects to confess in the face of overwhelming evidence.

This is unavoidable. Regardless of the dismissiveness with which CSI treats crime work outside of the laboratory and crime scene, all these tasks require quite different skills and competences. Knowing where and how to find and recover relevant traces from a crime scene is a different thing entirely from analyzing them, or from persuading a witness, plaintiff, or suspect to want to talk to the police. So is producing suspects in the first place – which, on CSI, is, not surprisingly, done by means of forensic evidence.

Another complexity in the criminal justice system has to do with uncertainty. What forensic science does on CSI is to produce absolute certainty – in other words to eliminate any and all uncertainty – just by virtue of it being “scientific.” This scientificness seems to mainly consist of the main characters’ assertion that they are scientists and that, in consequence, evidence speaks to them.

No doubt a great arrangement. But non-fictional forensic evidence does not speak, neither to “scientists” nor to anyone else, and absolute certainty is unattainable. Instead, the criminal justice system must deal with inescapable uncertainties: there is the uncertainty whether or not the site the crime scene technicians examine has been the scene of a crime – the presumed crime may have been committed elsewhere or not at all. In addition, at the time the crime scene is being examined, there often is quite a lot of uncertainty about which crime may have been committed and which kind of questions – and thus which kind of evidence – will become salient later in the investigation. Then, there is the uncertainty whether a match between, say, a fiber from the crime scene and one from the suspect’s shirt is due to coincidence or their presence at the scene. There is the uncertainty whether a witness (or plaintiff, or suspect) is telling the truth – and which truth, at that. Even when they’re truthful about what they have seen, they may still misremember, and everyone sees the world through their frame of reference. And finally, there is always the uncertainty whether more work might produce more evidence that might change the outcome of the case. Seeing my interlocutors deal with these uncertainties and still manage to achieve certainty beyond a reasonable doubt in many cases has been much more fascinating than watching CSI achieve absolute certainty.

Of course, it would be difficult to convey all of these complexities in a TV series. And in this case, at least I certainly prefer reality over fiction.

Corinna Kruse is a lecturer in the Department of Thematic Studies—Technology and Social Change at Linköping University.

Knowledge is Power (Except for When It’s Not): Susan Sered on Learning and Access to Education 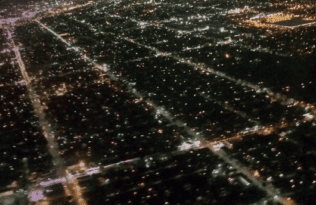