It’s common knowledge at this point that China has rapidly transformed over the last few decades. Andrew Kipnis, an Anthropologist at The Australian National University, has looked at how one city, Zouping, has changed since 1988. Despite the benefits of modernization, Zouping is far from a utopia: alienation, class formation, and pollution are new challenges its longtime residents and newcomers face. From Village to City develops a new theory of urbanization in a compelling portrait of an emerging metropolis. From 1988 to 2013, I regularly visited a place called Zouping in Shandong province, of the People’s Republic of China (PRC). Zouping is the name of both an agricultural county and the urban area that is the county seat. Over these years, the county seat transformed from a relatively impoverished, sleepy town of thirty thousand people to a bustling city of more than three hundred thousand, complete with factories and high-rises, parks and bus routes, shopping malls and school campuses, and just about everything you might expect from a relatively wealthy mid-sized city in eastern China. In the process of its expansion, many rural villages were incorporated into the city’s territory as it expanded, many other former rural dwellers moved there from more distant villages. This book is about the urbanization of Zouping: the transformations of the place itself, the transformations of the lives of formerly rural but now urban people who live there, and the interrelations between these two types of transformation.

Andrew B. Kipnis is Professor of Anthropology in the School of Culture, History and Language of the College of Asia and the Pacific at The Australian National University. 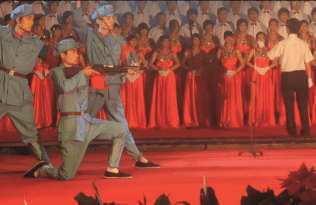