This story, written by Erica Ciccarone, first appeared on the Chapter 16 website on April 25, 2016 and is cross-posted here with their kind permission. 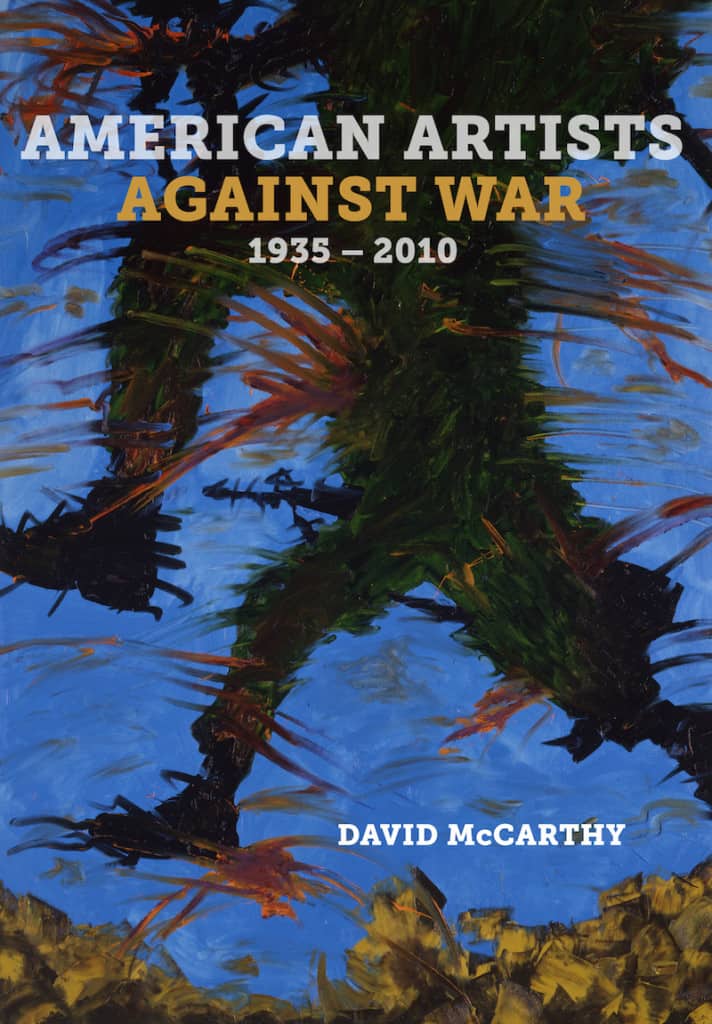 What role do artists play in a democracy? To what extent can their work affect political leadership? How does art shape our understanding of our place in the world? In American Artists Against War, 1935-2010, David McCarthy charts a history of art that has protested and challenged U.S. foreign policy since 1935. Beginning with the short-lived but influential American Artists’ Congress, which sponsored a viewing of Picasso’s seminal antiwar painting Guernica in the U.S., McCarthy establishes that art has the power not only to shape public consciousness but also to act as our public conscience.

In just a hair under 200 pages, McCarthy walks readers through a rich history of artists who have criticized U.S. foreign and domestic policy, sometimes to their own professional peril. This kind of work often runs counter to art’s usual goals. Antiwar art must be topical, not timeless. It is less interested with originality and influence and more dependent on viewer response. It requires contextualization that affects the way it is displayed to the public—it may appear in a New York gallery or on the side of a California highway. The artist must position political artwork so that its message is keenly felt.

Though it aims to affect behavior, political art is unlike advertising—the artist employs strategy, but the art itself is more than simply strategic. As McCarthy lays out in the book’s introduction, American antiwar artists begin from two key premises: one, that the U.S. is a guarantor of liberty; and two, that the individual has a right to voice her opinion in public discourse. Thus, the antiwar artist meets a simple obligation of citizenship.

McCarthy, a professor of art and art history at Rhodes College in Memphis who has published several books on this subject, writes elegant descriptions of artwork and pairs them with strong analysis. Thus individual artworks function like landing places throughout the book: the reader moves from one discussion to the next, picking up historical context and expert opinions along the way. The book opens with artists against fascism in during the 1930s and moves through World War II, the Cold War, Korea, Vietnam, and contemporary military interventions through 2010.

As might be expected, the intensity of the art reaches a peak during the Vietnam war, when artists like Nancy Spero, Robert Colescott, and Martha Rosler worked to expose the grotesque power wielded by the U.S. military, connecting it to sexism and racism at home. For these artists, McCarthy writes, “local civic conflict had to be understood in terms of global struggle.” Much like the feminism of the same time period, the personal became the political. These artists aimed to close the distance between Vietnam and the U.S. as a way of shedding light on economic, racial, and class-based strife at home.

McCarthy points to broad coalitions during the 1980s that opposed Reagan’s agenda in Central America and his arms race with the Soviet Union. American activist-artists networked with those in South and Central America to show solidarity and to help make direct-action protests viable. Art critics, academic institutions, museums, and curators joined in supporting grassroots coalitions like Political Art Documentation and Distribution (PAD/D) and Artists Call. The work was diverse, often employing dark humor and a sardonic wit, as in Mike Smith and Alan Herman’s Government Approved Home Fallout Shelter Snack Bar, an installation that situated a family room inside a bomb shelter, complete with a snack bar and entertainment.

McCarthy continues his history through Operation Desert Storm, noting the necessity of antiwar art at a time when the Bush Administration imposed a media blackout the conflict. With Storm, Hans Haacke constructed a beat-up shopping cart that held several motorized American flags waving in hysterical motion. The German-born expat expressed his concerns for “unfettered national pride and patriotic frenzy” and contested the notion that war in the Middle East could bring honor and glory to the U.S. In this work, however, U.S. foreign policy wasn’t the only problem Haacke and others were up against: they were also making art in a social climate of complacency. Artists were tasked with drawing attention to the human consequences of using “smart bombs” for “clean deaths.”

Tasks like these gained an international stage in 2004, when large-scale protests gained momentum and elicited media attention. Artists in the 2000s leveled their criticism at human-rights abuses in interrogation tactics, government censorship, the Patriot Act, and others, using diverse media to explore the consequences of U.S. foreign policy for men, women, and children at home and abroad. In his final chapter, McCarthy invites us to look into artists who are still working today, building adversarial narratives in opposition to those promulgated by the federal government.

American Artists Against War is not only a living history: it is a call to action. As McCarthy writes in his conclusion, art used as political protest is evidence “that imagination is a necessary component not only of creativity, but also of citizenship.” To McCarthy, artists are heroic when they insist that we acknowledge our own vulnerability and our limits as human beings.

Erica Ciccarone is an independent writer living in Nashville. She holds an M.F.A. from the New School and contributes regularly to several arts magazines and to Nashville Public Radio. 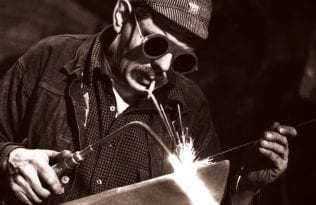