By Michela Soyer, author of A Dream Denied: Incarceration, Recidivism, and Young Minority Men in America 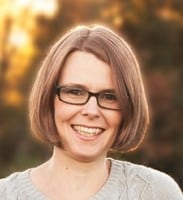 When Bill Clinton signed the federal “Three Strikes Bill” in 1994, most of the teenagers I interviewed between 2010 and 2013 were barely a year old. Some of my interviewees were not even been born yet. For several of those young men, the upcoming presidential election will be the first one in which they are able to cast their vote. One of their likely choices will be the woman whose husband’s political choices in the mid-1990s have wrecked havoc in their communities. Twenty years later, Hillary Clinton works hard to put a distance between herself and her husband’s legacy; on her campaign website, she calls for an end of mass incarceration and criminal justice reform.

For the teenagers whose lives I describe in A Dream Denied, Clinton’s promise to undo some of her husband’s damage comes too late. Five of the young men I portray in my book won’t be allowed to vote in the upcoming election; they are either serving time in a state prison or are on parole for a felony. The others may have escaped the tragic cycle of incarceration and recidivism, but their formative teenagers years were nevertheless stunted. Their life trajectories have been shaped by a juvenile justice system unable to fill the void Clinton’s welfare reform has created. Their middle class counterparts may face anxieties about their lack of self-fulfillment and financial insecurities. The young men in my study learned early on that their basic freedom is nothing they should take for granted.

In June 2013, I conducted my final interview for the book. The young man I spoke with had just suffered through a string of family tragedies. His cousin and his aunt had been killed. “Why does this s*** keep happening to me and my family?” he asked. I didn’t know how to respond, and I still believe that there was nothing I could have said to ease his pain. His experience of incarceration, recidivism, fos 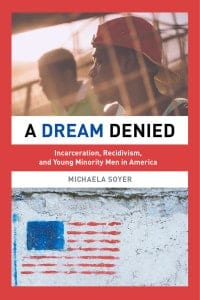 ter care and death are deeply personal. On the other hand, the seeds for his troubled teenage years were laid around the time of his birth, when the Clinton administration ended “welfare as we know it.”

These young men grew up with the double disadvantage of a defunct welfare system and a racially biased highly punitive criminal justice system. Astonishingly, these young men still believed in a bright future. If Hillary Clinton were to meet with them, they probably would not confront her like a protestor did recently in South Carolina. Most of the young minority men whose lives I describe blamed themselves. They pointed to their lack of self-control, their laziness, or inability to listen to the adults in their lives. In that sense, they are true children of the Clinton years. They did not expect the government to help their families. Some even believe their punishment was justified. Worse than the time many young men have lost in the juvenile or criminal justice system, however, is that they were never able to develop any concept that they deserve better. This cognitive burden may be the most tragic legacy of the Clinton years, and it will shape the life trajectories of the young men in my study well beyond the presidential election this fall.

Michaela Soyer is Assistant Professor in the Department of Sociology at Hunter College.