The newly released Living at the Edges of Capitalism explores communities living in exilic spaces, or spaces outside of state capitalism—Cossacks on the Don River in Russia, Zapatistas in Chiapas, Mexico, and prisoners in long-term isolation. Andrej Grubačić and Denis O’Hearn write from their personal experiences and solidarity with these groups. We’re happy to present an excerpt from the Preface below, which explains how they came to write this book:

The subject of this book is exile. Not in the sense it is usually expressed: as a longing for something lost or a hope to return to what one once had. For us exilic life is not Victor Hugo’s “long dream of hope,” a nostalgic longing to return to something, but rather a journey of hope for a future that has not yet been. The instances of hope we have chosen to research for this book are provided by people who left or were banished from places of discontent and sought something better.

Both of us hold an interest in exilic community that comes from our own experiences. We have both lived in places that attempted something akin to exilic community, one of us in a war zone where people had to practice mutual aid in order to exist, the other in a historic experiment in self-management. Both experiments ended, one in a peace process and a return to “normal” electoral politics, and the other in a tragic war and split-up of the trans-ethnic political community. Along the way, both of us became exiles in the usual political sense, unable to return to our communities because we were hunted by corrupt state police forces. Andrej Grubačić is Professor of Anthropology and Social Change at the California Institute of Integral Studies. He is the author of Wobblies and Zapatistas and Don’t Mourn, Balkanize!

Denis O’Hearn is Professor of Sociology at the State University of New York at Binghamton and the author of Inside the Celtic Tiger: The Irish Economy and the Asian Model; The Atlantic Economy: Britain, the US, and Ireland; andNothing But an Unfinished Song: Bobby Sands, the Irish Hunger Striker Who Ignited a Generation, among other titles. 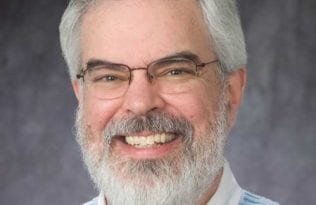