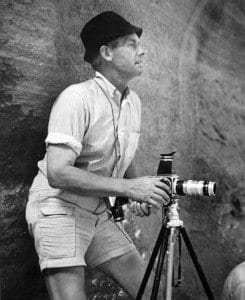 Senator Gaylord Nelson of Wisconsin sensed the public’s growing concern for the environment and proposed a national environmental teach-in (borrowing language from Vietnam protests) that was soon dubbed Earth Day. Nelson recruited Denis Hayes, then an undergraduate at Stanford, to sign up supporters and organize rallies and demonstrations and other activities. The first Earth Day was celebrated on April 22, 1970, and was the largest such outpouring of concern to that date.

When Dave Brower heard of the plan for Earth Day, he got in touch with his old friend and collaborator Ian Ballantine of Ballantine Books, who is sometimes credited with pioneering inexpensive paperback books. Brower and Ballantine had cooperated on publishing projects when Brower was still at the Sierra Club, most notably producing a line of calendars illustrated with beautiful nature photographs that were an instant success. Brower suggested that Ballantine and Friends of the Earth collaborate on a book to complement and inform Earth Day. It would have to happen fast. Ballantine agreed. Brower recruited a Cal student named Garrett DeBell, who assembled previously published material and solicited original pieces from here and there.

The contents were an eclectic mix. One piece on “The Historical Roots of Our Ecological Crisis” blamed Christianity for the problem. Paul Ehrlich decried the population explosion. Ken Brower, Dave’s eldest son, reminded readers of the importance of wilderness. Garrett Hardin of UC Santa Barbara explained his theory of “The Tragedy of the Commons.” There was a short piece titled “Ecopornography, or How to Spot an Ecological Phony,” criticizing misleading advertisements being run by oil companies and strip miners.

DeBell somehow put a manuscript together in around three weeks, and Ballantine produced bound books in another three or so weeks. It was titled The Environmental Handbook and it took off, selling more than a million copies in a few months.

Earth Day was off to a good start. 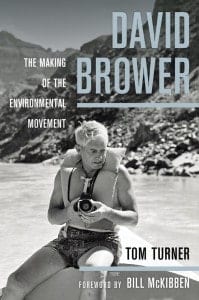 About guest blogger and author of David Brower: The Making of the Environmental Movement, Tom Turner: Tom has worked at the Sierra Club, Friends of the Earth, the Sierra Club Legal Defense Fund, and Earthjustice. He is the author of Wild by Law; Sierra Club: 100 Years of Protecting Nature; Justice on Earth; Roadless Rules; and hundreds of articles and op-eds on the environment. 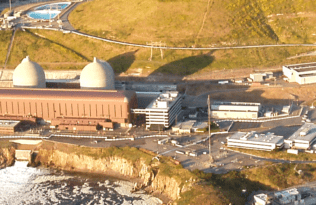