This presidential election season seems to have raised the question around debate—good and bad—to a new level.

Given the role of religion so far, the below excerpt from Seeking Good Debate: Religion, Science, and Conflict in American Public Life by Michael S. Evans, is both timely and instructive. 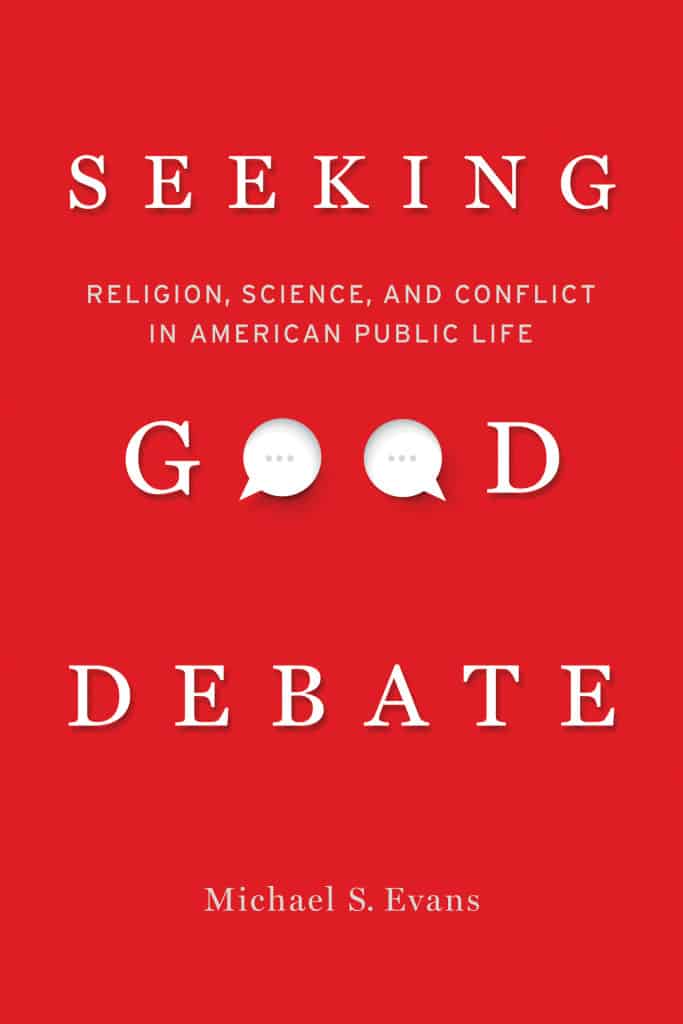 Throughout this book I emphasize that representatives exercise constitutive power simply by virtue of being visible in public debate. This cartographic power, as I refer to it, sets the boundaries of what a debate, or debates, involve. When it comes to religion in public debate, representatives of the Religious Right are the only religion representatives who explicitly pursue credibility in the public sphere. The manner of this pursuit violates deliberative expectations that ordinary Americans have of the public sphere. In theory, this normative conflict should have consequences for how ordinary Americans understand religion in public life.

But does it really? In practice, does this normative conflict emerge in evaluations of religion in the public sphere? And if so, how does it matter? To answer these questions, I analyzed how interview respondents evaluated what “religion” and “religious” mean in the religion-and-science debates in this study. I did not simply ask, “What do you think of religion in these debates?” Instead, I examined how respondents invoked religion, discussed religion, identified who and what was religious, connected religion to other ideas and concepts, and resolved apparent conflicts involving religion in their responses. What counts as religion for respondents, and what religion in public life means to them, became apparent from their responses to a variety of questions and evaluations.

For the ordinary Americans I interviewed, religion in the public sphere, no matter what the source, was commonly seen as a marker of bad debate across a variety of evaluative dimensions. Respondents understood religion in public life to violate deliberative preferences in two ways. First, prominent individual representatives from the Religious Right, whether religious figures or politicians, were recognized and evaluated negatively as public crusaders whose efforts work against good deliberative debate. Similarly, respondents were more likely to use religious identification for politicians of whom they disapproved either wholly or partly, even though most American politicians identify as religious. In contrast, ordinary persons suggested as ideal representatives persons seen as open-minded and willing to engage in considered, deliberative debate, such as respected local ministers, friends, or neighbors.

Second, and more broadly, the Religious Right’s association with distinctively religious language prompted negative evaluation of any religion talk as contrary to good debate. Because of the Religious Right’s success in “owning the space” of public religion, respondents expected that religion talk, whatever the source, indicated opposition to deliberative debate. When respondents evaluated typical statements and résumés stripped of identifying information, they identified religious language of any kind, even when uttered by moderate or liberal religious figures, as inhibiting rather than contributing to good debate. This normative conflict held across respondents despite substantive agreement or disagreement with the particular claims that representatives made in these debates.

In two separate ways, the normative conflict between the Religious Right’s pursuit of religious credibility and the preferences of ordinary persons for good debate ends up defining religion in public life as contrary to good debate. On one path, individual representatives are evaluated as “public crusaders” more interested in advancing a moral agenda than participating in deliberative debate. On the other path, ordinary persons evaluate public religious language and reasons as contrary to norms of deliberative debate. The result is that in public religion-and-science debates, no matter which path is followed to the conclusion, “religion” means “bad debate.”

Read more from the author in a recent article, ‘The Hidden Religion and Science Debate’ on the Huffington Post blog, sample another excerpt on The Page 99 Test, or follow him on Twitter and join the debate. 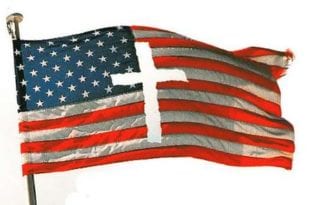