by Mark A. Matthews, author of Terroir and Other Myths of Winegrowing 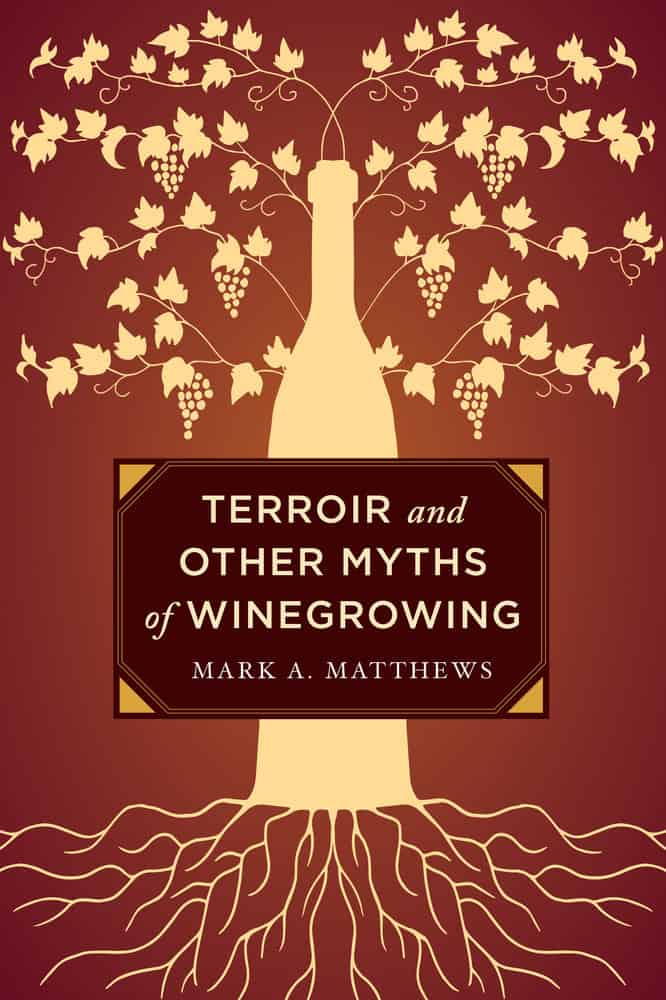 What makes a fine wine?

According to authority figures in the world of wine, there is a series of concepts that should guide winegrowing practices. It’s not at all uncommon to see a wine description mention the vineyard’s “unique terroir” or that a producer’s low yields and/or small berries create desirable flavors that cannot be found in a competitor’s bottle.

These “principles” of fine winegrowing live in the popular wine press, in the stories repeated in tasting rooms and winery tours, on the back labels of bottles, and on the websites of producers – even creeping into research publications. As a result, the wine-consuming public accepts these ideas as facts. Yet, as an agronomist, I found the ideas unsatisfying and sometimes at odds with what we know about plant and fruit development. Finally, after years of studying the grapevine, drinking wines, and interacting with wine producers, critics, enology students, and dinner guests (all wine experts by their own account) – I became suspicious that I wasn’t the problem.

For nearly ten years, I studied the most popular winegrowing concepts, to understand how each principle arose, and whether it is still applicable today. As summarized in Terroir and Other Myths of Winegrowing, the most prevalent myths in the world of wine were held up to the light of scientific scholarship, the historical record, plant biology, and a bit of economics. While each principle follows a fascinating path to prominence, I concluded that in many cases, wine consumers are being sold a pig in a poke. These winegrowing myths have real marketing clout, but allegiance to them in the vineyard impedes innovation in winegrowing and limits consumers’ access and experiences.

Is “terroir” a marketing ploy obscuring knowledge of which environments really produce the best wine? What does it really mean to have vines that are “balanced” or grapes that are “physiologically mature”? You’ll have to read the book to find out.

Food Matters – But It’s Not Magical