Since 2014, Gastronomica: The Journal of Critical Food Studies has partnered with University of London’s SOAS Food Studies Centre to co-sponsor a Distinguished Lecture Series for leading scholars, students, journalists, practitioners and members of the public to engage in critical conversations about the nature of food.

In advance of the next event on March 16th, UC Press author and distinguished anthropologist David E. Sutton gives readers a taste of his upcoming lecture, “‘Let Them Eat Stuffed Peppers’: An Argument of Images on the role of Food in Understanding Neoliberal Austerity in Greece.” Click here to register for the Lecture. 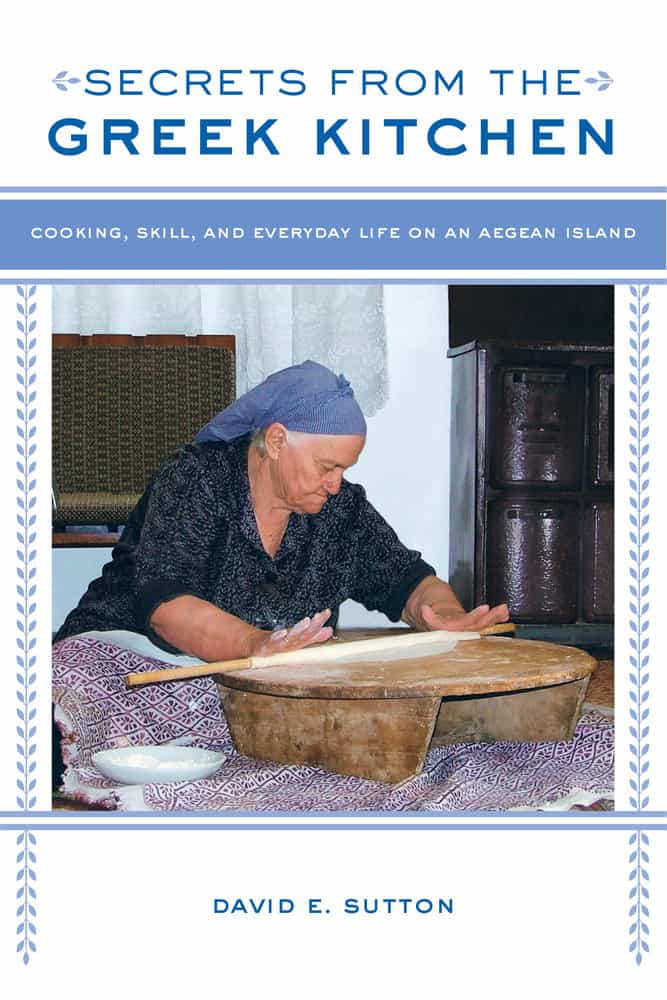 “We all ate it together,” was the claim of Deputy Prime Minister Theodoros Pangalos as he tried to explain the origins of the so-called Greek Crisis to an angry crowd of protestors back in 2011. This phrasing struck me at the time because it extends eating together, or “commensality,” into the domain of national politics. Such food imagery fit with my long study on the island of Kalymnos in the Eastern Aegean, where I had been filming people’s everyday cooking practices and writing about the sensory engagement of ordinary Kalymnians with their ingredients and with their kitchen environments, some of the themes that I explore in my book Secrets from the Greek Kitchen: Cooking, Skill and Everyday Life on an Aegean Island. I use my video ethnography of everyday cooking practices to open up questions of memory and transmission of cooking knowledge, tool use and the body, and the potential changes brought about by the advent of cooking shows in Greece. But most importantly in Secrets I try and give a sense of the ways that Kalymnian food culture shapes people’s larger attitudes, and how through their everyday discussions they create a shared food-based worldview, a “gustemology.”

In my talk at SOAS, “Let Them Eat Stuffed Peppers,” I will be continuing this exploration through a look at some of the ways food discourses and practices have developed over the past six years of the Greek Crisis. From debates over the relationship of eating, debt and responsibility, to the growth of solidarity practices such as the “Social Kitchen” movement and the “Potato movement,” to attempts by ordinary Kalymnians to return to past cooking and eating practices as a way of surviving the crisis, food has shaped understandings and responses to new conditions throughout Greece. I look at how certain foods have been associated with protest because of their connection to notions of Greekness, or because of their obvious foreign derivation. I also examine how Kalymnians are dusting off old recipes, and old foraging practices, to cope with times in which sources of livelihood that had been taken for granted for a generation are suddenly under threat.

I develop these themes by making an argument that a healthy food culture such as what exists in Greece is “good to think,” and that it indeed forms something of a discursive antidote to the tendencies of Neoliberal Austerity to abstract from the lives and sufferings of ordinary people. In focusing on neoliberalism I draw on the interconnected notions of “embeddedness,” (Karl Polanyi), “virtualism” (James Carrier, Daniel Miller) and “moral economy” (E. P. Thompson, James Scott), and suggest why a living food culture (a “cuisine,” in Sidney Mintz’s terminology) provides a particularly good perspective for understanding these terms and there interrelations. Indeed, I argue that the intimacy provided by food culture and food practices in Greece provides a vivid, tangible contrast to the abstractions of money and almost incalculable debt.   Food is a reminder, for many Greeks, of things that can’t be counted, and of the dehumanizing abstractions of contemporary Europe. (I will touch here on the refugee crisis as well).

These ideas tie back to discussions in Secrets from the Greek Kitchen, where I explore Kalymnian ideas about skillful cooking in contrast to some of the abstractions of molecular gastronomy. I note that taste, for Kalymnians, is always embedded in a social and sensory context that can be skillfully worked, but cannot be randomly manipulated. This forms a contrast with the cooking laboratory of Herve This, a premier molecular gastronomist and exponent of “note-by- note” cuisine, in which foods are replaced by flavor “compounds” with the potential for endless play and exponential recombination. I find these claims to abstract taste from food to be similar to approaches that abstract knowledge from social contexts, such as efforts to promote Massive Open Online Courses (MOOCs) as a solution to the woes of higher education. Kalymnian foodways were a constant reminder that cooking skills are always defined in relation to the particular challenges of specific cooking environments leads me to question the kind of context-free approach to taste (and knowledge) that has become all too common in contemporary culture.

Finally, I hope to use my lecture to suggest some of the reasons that food can no longer be seen as a specialist topic. Rather, if I have learned anything from my Greek research, it is that food is absolutely central to social and sensory worlds; like kinship, exchange, ritual or gender, it is one of the organizing principles of society and should be recognized as such by future scholarship.

Can’t attend the Lecture in person? Sign up for the newsletter on gastronomica.org to receive a published transcript and other exclusive content from Gastronomica. 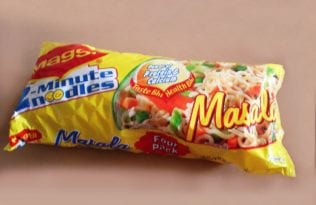 Consumer Citizenship: A Preview of the Gastronomica/SOAS Distinguished Lecture