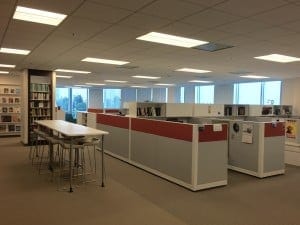 (pictured above: a view of our office’s Editorial Dept. area)

Spring 2016’s new release review galleys and advance copies are beginning to hit our desks here at UC Press HQ in beautiful Oakland, California. We’re planning and finalizing outreach strategies so that the word gets out regarding these deeply researched and important works within their respective disciplines. 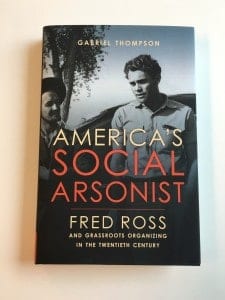 Until now there has been no biography of Fred Ross, a man who believed a good organizer was supposed to fade into the crowd as others stepped forward. Raised by conservative parents who hoped he would “stay with his own kind,” Fred Ross instead became one of the most influential community organizers in American history. His activism began alongside Dust Bowl migrants, where he managed the same labor camp that inspired John Steinbeck’s The Grapes of Wrath. During World War II, Ross worked for the release of interned Japanese Americans, and after the war, he dedicated his life to building the political power of Latinos across California. Labor organizing in this country was forever changed when Ross knocked on the door of a young Cesar Chavez and encouraged him to become an organizer. 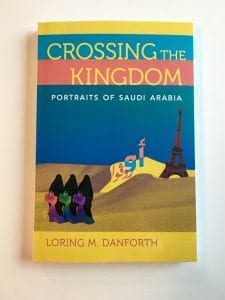 With vivid descriptions and moving personal narratives, Danforth takes us across the Kingdom, from the headquarters of Saudi Aramco, the country’s national oil company on the Persian Gulf, to the centuries-old city of Jeddah on the Red Sea coast with its population of undocumented immigrants from all over the Muslim world. He presents detailed portraits of a young woman jailed for protesting the ban on women driving, a Sufi scholar encouraging Muslims and Christians to struggle together with love to know God, and an artist citing the Quran and using metal gears and chains to celebrate the diversity of the pilgrims who come to Mecca.

Better Git It in Your Soul: An Interpretive Biography of Charles Mingus by Krin Gabbard (available now)

Krin Gabbard takes a careful look at Mingus as a writer as well as a composer and musician. He digs into how and why Mingus chose to do so much self-analysis, how he worked to craft his racial identity in a world that saw him simply as “black,” and how his mental and physical health problems shaped his career. Gabbard sets aside the myth-making and convincingly argues that Charles Mingus created a unique language of emotions—and not just in music. Capturing many essential moments in jazz history anew, Better Git It in Your Soul will fascinate anyone who cares about jazz, African American history, and the artist’s life. 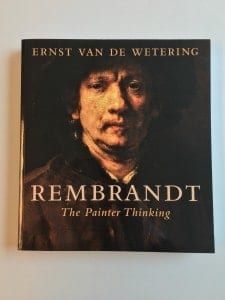 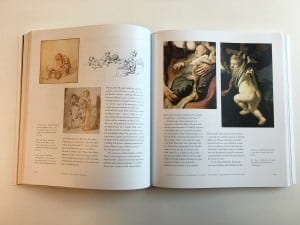 Rembrandt never stopped searching for solutions to the pictorial problems that confronted him; this led over time to radical changes in course that can’t simply be attributed to stylistic evolution or natural development. In a quest as rigorous and novel as the artist’s, van de Wetering reveals how Rembrandt became the best painter the world had ever seen. Gorgeously illustrated throughout, this groundbreaking exploration reconstructs Rembrandt’s closely guarded theories and methods, shedding new light both on the artist’s exceptional accomplishments and on the practice of painting in the Dutch Golden Age. 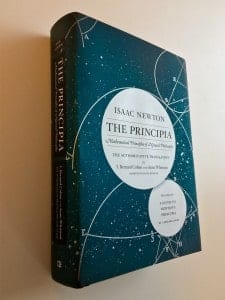 In his monumental 1687 work, Philosophiae Naturalis Principia Mathematica, known familiarly as the Principia, Isaac Newton laid out in mathematical terms the principles of time, force, and motion that have guided the development of modern physical science. Even after more than three centuries and the revolutions of Einsteinian relativity and quantum mechanics, Newtonian physics continues to account for many of the phenomena of the observed world, and Newtonian celestial dynamics is used to determine the orbits of our space vehicles. This beautifully packaged new edition is available in both hardcover and paperback. 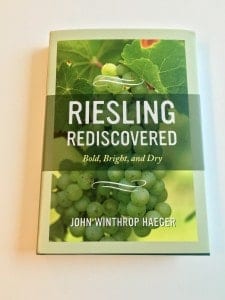 Riesling Rediscovered looks at the present state of dry Riesling across the Northern Hemisphere: where it is grown and made, what models and objectives vintners have in mind, and what parameters of grape growing and winemaking are essential when the goal is a delicious dry wine. John Winthrop Haeger explores the history of Riesling to illuminate how this variety emerged from a crowded field of grape varieties grown widely across northern Europe, offering a comprehensive, current, and accessible overview of what many consider to be the world’s finest and most versatile white wine.

Be on the lookout for more upcoming release preview roundups to be featured here over the next few months.