Imagine the struggle to build an American empire without the use of transcontinental railroads.

If ever public knowledge of a relevant historical topic was needed, it is now. Americans must develop a better understanding of the vital role played by immigrant workers in U.S. society. The historical evidence is clear and convincing. If racial, ethnic, and cultural diversity have always been woven into the fabric of our nation, it is high time that we learn from the experiences of these men and women. We should heed the words of Dr. Martin Luther King, Jr., who once remarked that “whenever [people] are engaged in work that serves humanity and is for the building of humanity, it has dignity and it has worth.”

A decade ago, as I began research on The Filth of Progress, which tells a nineteenth century story of the immigrants who toiled in the muck and mountains to build America’s greatest internal improvements, a fierce debate over immigration gripped the country, influencing politics at every level. Of course, that debate was about much more than immigrants. It encompassed race and ethnicity, culture, religion, labor, citizenship, and more. Today, in the midst of yet another election cycle, politicians and pundits, many of them angered by the increasing diversity of American society, are recycling stories peppered with fear and loathing. Audiences all over the country are interpreting these fabrications as histories, facts, and warnings. The similarities to the nineteenth century debates are eerie, involving only a different cast of characters. At long last, can we learn from our history and live up to America’s professed ideals?

No historian would dispute the fact that migrants from all parts of the world accelerated the building and expansion of America’s continental empire, its major industries and infrastructure. Yet diverse groups of immigrants have recently been depicted as anchor babies, losers, criminals and terrorists who, with no desire to assimilate, have a vested interest in taking Americans’ jobs. Donald Trump’s plan to “take back our country” and “make America great again” involves what he might call internal improvements. Yet he’s not talking about roads and bridges. He’s talking about walls, gigantic walls—physical and cultural ones. Trump’s conservative counterparts have echoed his calls to end birthright citizenship and create all sorts of obstructions to basic human rights. As global migrations to the U.S. continue and America’s political and economic empire expands throughout the world, too many of the nation’s leaders and citizens take pride in being the worst type of neighbors.

The hard-working armies of laborers who dug the canals and spiked the rails that eventually knit together a transcontinental United States were by and large immigrants. The Filth of Progress brings to the forefront the suffering of the Irish, Chinese, and Mormons, each group held in some degree of contempt by “free” and “white” Americans. While I weave a collective narrative of their survival on the economic fringes of society, the book also moves beyond the trenches of construction labor to address the popular writers, artists, and statesmen who performed the important work of celebrating progress. This work was most problematic, because it contested and rewrote history, distancing perceived outsiders from the fruits of their labor and from any scrap of credit or dignity. This was as wrongheaded as the contemporary notion that immigration should be restricted to protect the country and make it great again. Social scientists have thoroughly debunked the myth. Immigration has, in fact, long made America great, creating economic prosperity and cultural vibrancy unparalleled in world history.

As of 2012, over 40 million immigrants resided in America, among them 11.7 million undocumented. Economists have challenged claims such as Presidential hopeful Ted Cruz’s that immigration to the U.S. is an “economic calamity.” Towns, cities, entire regions and their industries have been transformed by the hard work of recent immigrants. Far from crippling economic progress, local and regional economies have benefited from population and consumer growth. Instead of driving down the wages of native-born citizens or taking their jobs, evidence suggests that previous immigrants, not white citizens, are the most at-risk population, for newer immigrants (particularly the undocumented) are funneled into substitutive positions in agriculture, landscaping, and other service industries where they are often willing to work for lower wages. Similar dynamics occurred on the country’s greatest canals and railroads of the nineteenth century—the much heralded symbols of American progress, built by immigrants and outsiders.

Ryan Dearinger is Associate Professor of History at Eastern Oregon University. The Filth of Progress: Immigrants, Americans, and the Building of Canals and Railroads in the West is available now. 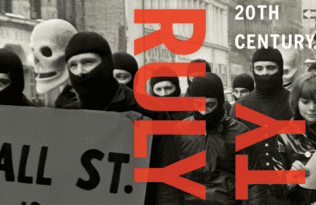 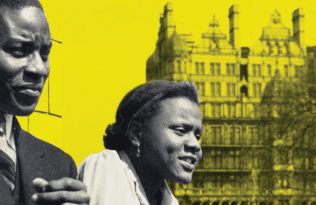