The delightful story below is from the Autobiography of Mark Twain, Volume 3, and it captures so many aspects of Mark Twain’s personality, including his love of animals and his ability to play along with, and build upon a joke. Here’s hoping you too may be thankful for whatever you are given this holiday season. 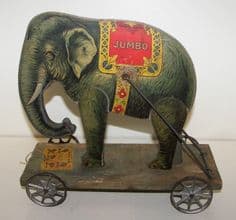 Ten days ago Robert Collier wrote me that he had bought a baby elephant for my Christmas, and would send it as soon as he could secure a car for it and get the temporary loan of a trainer from Barnum and Bailey’s winter-quarters menagerie at Bridgeport. The cunning rascal knew the letter would never get to my hands, but would stop in Miss Lyon’s on the way and be suppressed. The letter would not have disturbed me, for I know Robert, and would have suspected a joke behind it; but it filled Miss Lyon with consternation—she taking it in earnest, just as he had expected she would. She and Ashcroft discussed the impending disaster together, and agreed that it must be kept from me at all costs. That is to say, they resolved to do the suffering and endure the insomnia and save me. They had no doubts about the elephant. They knew quite well that if Robert was inspired to do a kindness for a friend, he would not consider expense, but would buy elephants or any other costly rarity that might seem to him to meet the requirements.

Miss Lyon called up New York on the telephone and got into conversation with Robert. She timidly suggested that we had no way of taking care of an elephant here, it being used to a warm climate and—

“Oh, that’s all right, put him in the garage,” interrupted Robert cheerfully.

“But there’s nothing but a stove there, and so—”

“The very thing! There couldn’t be anything better.”

“But the pony lives in the garage, Mr. Collier, and she’s a timid little thing, and if an elephant should come, she—”

“Oh, that’s all right, Miss Lyon, give yourself no trouble. This elephant loves ponies above everything, and will fondle the pony and—”

“Mr. Collier, she would jump out through the roof! Oh we never never can shut them up together. Between his caresses and her frenzies they would wreck the whole place.”

“But Mr. Collier, I think it would never do—I am afraid it wouldn’t—indeed I am sure. We play cards there—”

“Just the thing! He has a passion for cards. Oh, games of any kind! They’re just in his line. He’ll take a hand, don’t you doubt it.”

Miss Lyon despairingly invented excuse after excuse, with failing hope, but Robert turned them all to the elephant’s advantage; and so at last her invention-mill broke down and she hung up the receiver, beaten at all points.

That was ten days ago. Miss Lyon has worried about the impending elephant by day and by night ever since, and Ashcroft has done the best he could to find reasons that could make an elephant’s society endurable here. Among other emollients he kept prominently in the foreground the fact that this was only a baby elephant, not an adult.

Meantime telegrams came from Robert now and then reporting progress—progress that was slow and disappointing, but full of hope, full of encouragement—all this concerned the car for the elephant; heavy Christmas traffic in the way, etc.; but at last came cordial word that the car had been secured. Miss Lyon had been hoping, a little, and then a little more and a little more—but this news mashed those frail hopes into the mud.

Day before yesterday came a telegram saying ten bales of hay—one ton—had been shipped to us by fast freight, and along with the hay twenty bushels of carrots and fruit. All for the elephant. Freight prepaid.

Early yesterday morning the railway office, three miles away, reported the arrival of this provender, and an hour later it arrived here and was stored in the garage. Miss Lyon—however, her despair had already reached bottom.

At nine this morning, Mr. Lounsbury telephoned that there was a man at the station with a letter from Robert Collier; man said he was an elephant trainer from Barnum and Bailey’s, and had been sent here to train an elephant for Mr. Clemens. Bring him over? Yes, bring him. So Lounsbury brought him. Lounsbury is always awake, and always has his pump with him. On the way over, he did a little pumping:

“Where is the elephant?”

“He will arrive at noon.”

“Where is he going to be housed?”

“What kind of an elephant is it?”

Miss Lyon received the trainer (Robert Collier’s butler in disguise), as cheerfully as she could, and she and Ashcroft took down his instructions concerning the right and safe way to get on the good side of an elephant, and which end of him to avoid when he was angry: then the trainer drove away with Lounsbury to get the animal, and Ashcroft was sent to my room to say that the decorating of the loggia (with greenery and so on) had been delayed, and would I remain abed for an hour or two longer? They had sent the pony to a neighbor’s house, and wanted to get the elephant stowed out of sight in the garage before I should have my Christmas spoiled by finding out the disaster that had befallen us.

In about half an hour the elephant arrived, but Miss Lyon got herself out of the way; she could not bear to look at him. Yet there was no occasion to be afraid of him: he is only two feet long, is built of cloth, and goes on wheels.

Robert has come out ahead. No, it is the pony: for she has the ton of hay and the other delicacies. 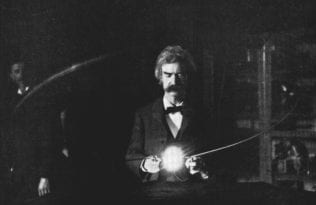