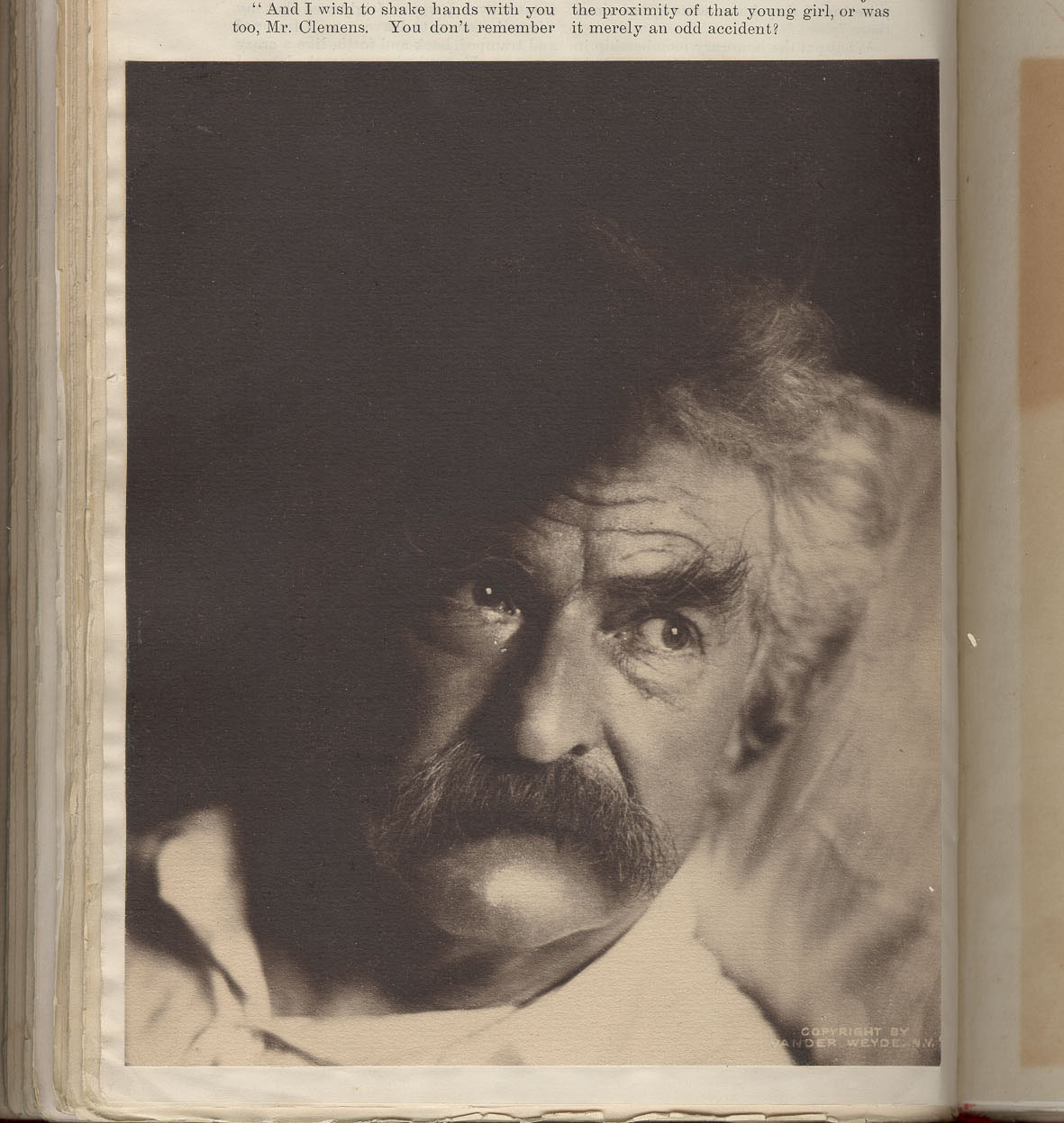 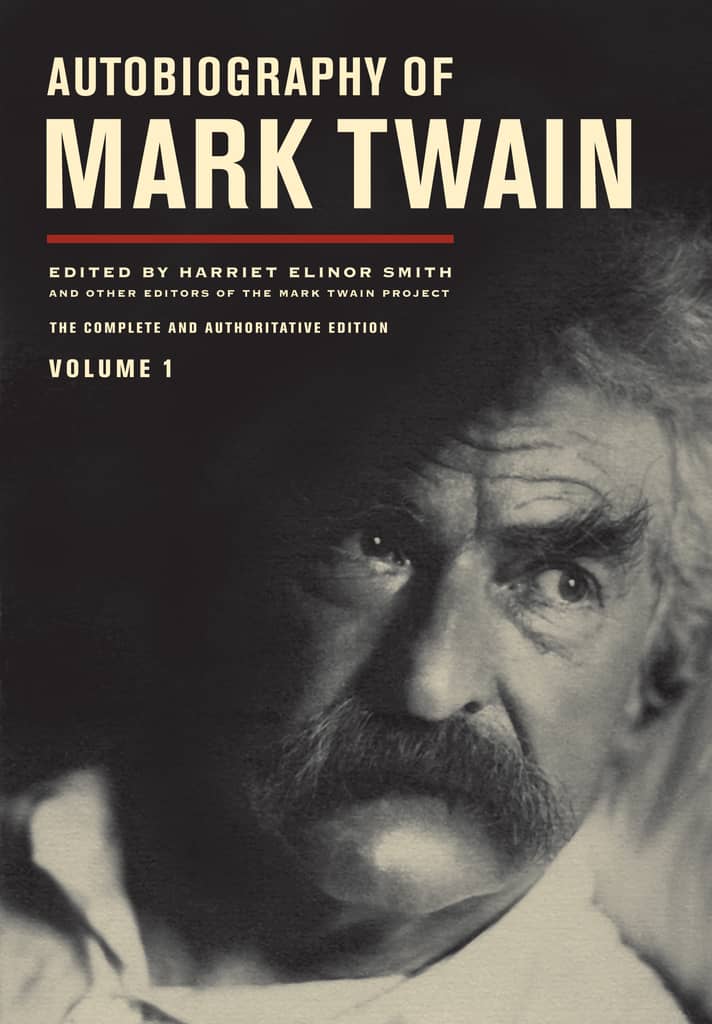 Most images we have of Mark Twain from 1906 show him posing formally in a studio, or are full-body shots taken by his secretary or daughter—probably with a Kodak “Folding Pocket Camera,” which most amateurs used at the time. This one, however, is a rare candid shot taken by a professional photographer, William Vander Wyde, who visited his home on Fifth Avenue in New York on 21 September 1906. Later that day Clemens wrote to his friend Mary Rogers about the occasion:

I was reading yours when the photographer entered the room. I dropped my hand & looked up, & he said: “There—don’t move—stay just as you are, the letter in your hand—a good pose! looks just as if you’d been interrupted, & wanted to use language!” I said, “Oh, no, nothing severer than ‘Don’t, Mary’ ”—& he laughed the laugh which a person laughs when he pretends to understand but knows very well he doesn’t. He made a half a dozen negatives & said he would have couple of finished pictures awaiting me at the house on my return Sunday eve, from Norfolk.

He went on to talk about his daughter Clara, who was about to make her professional debut as a singer in Norfolk, Connecticut.

Clara & I have had a chat. . . . She says I mustn’t lead her on the stage; also she says I must. She has a dread that the house will call for a speech. I said “I will excuse myself.” “But they won’t take the excuse.” “Then I will say, “I would gladly respond, but Mr. Luckstone, who was to accompany me on the trombone, has unfortunately caught a cold.” She said that if I would be sure & stop there—& so forth & so forth.

Clemens did not introduce Clara, but when he approached the stage after her performance to congratulate her, the audience called for a speech, and he delivered an informal talk that lasted (as he recounted in his autobiography) “for fifteen or twenty minutes. . . . Clara had heard me make a good many speeches, and so when she said of this one ‘it is the happiest talk you have ever made,’ I said she was a competent judge and would endorse her verdict.” To Clara’s dismay, however, he received more newspaper coverage than she did. A review of the concert appeared in the New York Sun with the headline “Twain’s ‘First Appearance.’ At His Daughter’s Singing Debut He Tells How Stage Fright Once Gripped Him.” It included a complete text of his speech (which a reporter had taken down in shorthand), and Clara was not mentioned until the last paragraph, where it was noted that “she displayed some nervousness in her opening number,” but then “acquitted herself with coolness and effect” in performing works by “Grieg, Schubert, and Haydn, among others.”

Read the stories behind the covers of the other two volumes of the Autobiography of Mark Twain.

All In Your Head
In Memoriam: J.D.Y. Peel