by Janis Jenkins, author of Extraordinary Conditions: Culture and Experience in Mental Illness 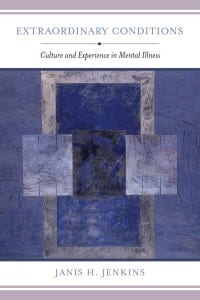 How can anthropology add to our understanding and engagement in the study of mental illnesses?

Culture is pervasive in shaping nearly every aspect of mental illness. From onset to recovery, cultural processes are vital to the subjective experience and meaning of mental illness. For example, what would be culturally diagnosed as mental disorder from a clinical perspective is conceptualized differently from the perspectives of people actually living with such problems, that is, those afflicted and their kin. For example, among Mexican-descent families, the problem might be thought of as one of nervios – something that everyone experiences to a greater or lesser extent.  Using this term serves a variety of purposes in terms of the “work of culture.” First, the problem is conceived on a continuum of human experience rather than in terms of fixed or dichotomous categories. Second, since it’s on a range of possible human experience, it is not so severely stigmatized, and more easily incorporated into the family. Third, as we know from studies that I and other researchers have carried out around the world, the social and emotional response to problems diagnosed as mental illness can make a significant difference for who gets better, and who does not. This is critically important. Anthropologically, what has classically been of ethnographic interest — how people conceptualize their world — shapes social response to mental illness that can affect course and outcome. That’s one way that anthropology can make a powerful contribution for theorizing the role of culture in health and illness.

Another way that anthropology can contribute to our understanding of mental illness is through the notion of “cultural chemistry.” I coined the term to refer to the active ingredients through which conditions — such as schizophrenia, depression, and so forth — can be thought of as a petri dish for the mixing of biology, meaning, desire, and actions that shape responses to psychotropic drugs. As a matter of “cultural chemistry,” psychotropic drugs are subjectively experienced, and culturally represented, differently in different sociaties. For example, they may be “mind food for gastrointestinal nutrition” as Stefan Ecks found in India, or “medication for chemical imbalance,” as culturally peculiar in the United States. 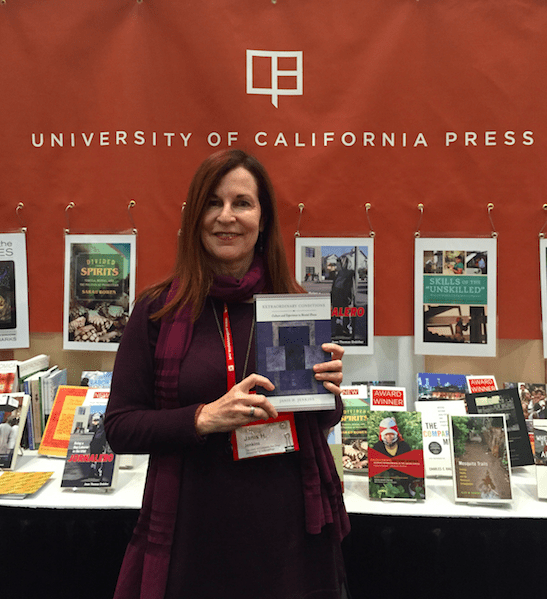 How could this kind of anthropological understanding aid a worldwide “scaling up” of mental health services?

All this is relevant for current efforts in Global Mental Health to “scale up” treatments around the globe. The primary – and often the only – treatment is psychotropic drugs. These can be useful short-term and in some cases for longer periods, but the use of these drugs is a complicated matter for the afflicted and their families. These difficulties – entailing a variety of paradoxes in the lived experience of taking these drugs (e.g., the “recovery without cure,” or “stigma despite recovery” that I talk about in the book) cannot be brushed aside and indeed must be taken as a significant challenge for the scaling up and implementation of global mental health services as currently proposed. It is critical to actively involve families through engaged listening to the satisfactory and dissatisfactory aspects of their use. Experience-near perspectives must inform interventions to take into account the numerous quandaries involved in understanding the cultural, social, and biological effects of psychotropic drugs. Mental health care that involves psychotropic drugs must be followed ethnographically to determine the cultural, social, and political processes that accompany its use. Partnerships need to be undertaken to develop culturally valid community-based treatments that draw upon and sustain local expertise. Means must be found to complement the use of psychopharmaceutic drugs with psychotherapy for true efficacy. Ultimately, any true scaling up of mental health services worldwide will require economic resources to counteract the structural constraints of poverty and social disadvantage. That formidable fact cannot ethically be taken as so daunting as to justify failure to improve care in all ways possible as soon as possible.

Because in the book I am working with an array of my ethnographic studies – the experience of mental illness, refugees fleeing their homelands under conditions of political violence, adolescents hospitalized multiple times by the age of 14 — I needed a means to theorize the reciprocal relations between subjective experience and institutional structures. Looking over all these different situations, I developed the notion of what I call “extraordinary conditions” to refer both to conditions that are culturally defined as mental illness or disorder and also to structural features of socioeconomic and political conditions that produce affliction via entrapment in precarious situations. When I did that, I saw that ultimately thee extraordinary conditions are more about struggle than symptoms. So, across instances of hearing voices, serious depression, troubled emotional environments in families, domestic and political violence, I identify the primacy of struggle — I see struggle as common in the lives of the mentally ill. Indeed, struggle was considered virtually moot during the long period in which serious mental illness, schizophrenia in particular, was considered a permanent and progressively deteriorating condition. Transnational and longitudinal studies such as ours have contributed to changing that. The international movement of “Voice Hearers” is changing that, and my research empirically supports these efforts by highlighting the vital importance of agency, strategies, and creativity in these processes of struggle. Of course, struggles are not always effective, can be non-linear, or be sabotaged by the environment. But my research shows that that people are often remarkably determined in an ongoing active struggle to feel better, be healed, and live their lives. Anthropologically, this endurance — despite acute distress — suggests that the capacity for struggle may be the most remarkable feature of Homo sapiens. This is true in neurobiological and cultural respects alike. Finally, while in no way discounting the reality of neurobiological processes, I am convinced that in the case of mental illness, and extraordinary conditions more broadly as I am define them, there can be no such thing as individual pathology because illness is always also a social and cultural process.

Janis H. Jenkins is a psychological/medical anthropologist at the University of California, San Diego, and an internationally recognized scholar in the field of culture and mental health.