This guest post, by Abdel Bari Atwan, was originally published on Rai al-youm. It is being republished here with permission from the author. 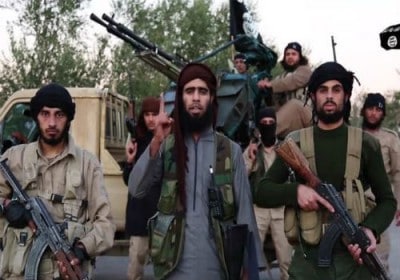 The entire continent of Europe is in a state of shock after Friday’s attacks in Paris which have been claimed by the Islamic State. The sense of imminent danger spread across the Atlantic when the group’s Wilayat Kirkuk issued a warning, Monday, of a similar assault on Washington DC.

The West has consistently underestimated the strength and capabilities of Islamic State (IS) which first established itself in the incubators provided by security vacuums in Syria and Iraq, themselves the result in part or in total of Western interference, whether military or political or both. The sectarianism that enables IS to thrive and which drives the endless blood-letting in the Middle East these days was exacerbated by the West who, for example, imposed and supported the prejudiced, exclusive government of Nouri al-Maliki in Baghdad. Syria is in ruins because the West and its regional allies decided that President Assad should be toppled, seemingly forgetting that his opponents had no military experience (the rest of the so-called ‘Arab Spring’ revolutions were played out politically), that Assad would fight to the death because he didn’t want to go, and that he has the most powerful allies in Russia, China, and Iran.

Now IS is spreading outwards, its Middle Eastern strongholds under attack by Kurdish troops and Western planes. It is motivated by revenge and the urge to conquer.

Islamic State has already issued a chilling warning that Paris was “just the beginning of the storm.” The impact of these attacks is already being felt, certainly in political terms: when the G20 leaders met in Antalya, Turkey, on Sunday, a plethora of mutually important subjects were meant to be on the agenda: Syria, youth unemployment, energy in Sub-Saharan Africa, the silver economy, Islamic finance, tourism, and agriculture among many other topics. All their talk, however, was dominated and overshadowed by the problem of what to do about IS. The conference’s final statement was a vow to co-operate in the fight against terror, with no new strategy agreed on the most pertinent associated question: the future of Syria.

John Brennan, Director of the CIA, warned in a television interview that Paris was probably not the only attack and that more were likely in Western cities. He spoke of beefing up the CIA’s intelligence role but acknowledged that IS has taken hi-tech measures to make electronic surveillance extremely difficult. Meanwhile, Michael Morell, former deputy CIA director under Obama, overtly criticized his former boss’s policy on IS but failed to pinpoint what could be done instead. It is this “dithering” which has allowed the current emergency to escalate: “I think it’s now crystal clear to us that our strategy, our policy vis-à-vis ISIS is not working and it’s time to look at something else,” Morell told CBS’ Face the Nation on Sunday.

British Prime Minister David Cameron is also placing his faith in intelligence to protect the citizens of London, releasing an emergency budget of $3 billion to fund, among other measures, an additional 1,900 security personnel.

If we carefully consider the literature put out by IS, and in particular its magazine, Dabiq, it is clear that the IS strategy is to provoke the West to send in ground troops to fight them after the failure of more than 8,000 air sorties.

IS strategy is largely informed by a 2003 internet treatise called “The Management of Savagery” by Abu Bakr Naji (pseudonym). Naji points clearly to a period of “conquest,” exploiting weak security in enemy territories, spreading terror, and destroying their economies. Tourism is specifically mentioned and IS has already hit hard at Tunisia, Turkey and, most recently Egypt, by downing the Russian passenger plane over Sinai killing all 224 people on board.

IS has, in effect, declared war on more than 100 countries, including the three great powers (America, Russia, China), those with slightly less clout (such as France, Britain and Germany), and regional powers (such as Saudi Arabia and Iran). It appears to have embarked on a new strategic path, adopting the approach of al-Qa’ida in attacking Western targets in European capitals, and, for the time being at least dropping its ambitions to expand its existing territories.

In other words, because IS is incapable of effectively combating coalition airstrikes—since it does not possess planes and lacks the necessary ground-to-air defence missile systems—it has decided to move from defence to attack and from a more conventional form of war to a guerrilla, urban, hit and run style. Clearly this represents a serious threat not only to Western countries, but countries in the Middle East and North Africa region too.

In a new video released by the organization on Monday, the speaker urged “Moslems” everywhere to “target the Crusaders on their own turf and wherever they are.” He also explicitly threatened Europe with bombs and further menaced France saying, “We haven’t forgotten your crimes.”

Attacks in Europe in the past have mostly been by “sleeper cells” or “lone wolves,” but IS is actively recruiting young men from third generation immigrant populations in France and Belgium who have never even been to the countries of their parents and grandparents. This makes the security services’ job much harder since these are young men (and sometimes women) who are exactly the same as everyone else on the crowded streets of Paris, Bruxelles, London, or Berlin and who speak with the same vocabulary and accent.

The French air strikes in response to the attacks of Paris can be understood in terms of the popular desire for justice and revenge but policies born of anger rarely succeed. It may be useful to recall the reaction of President George W. Bush who invaded Afghanistan after the September 11 terrorist attacks and occupied Iraq two years later.

The current security emergency in Europe can only be ended by a political solution to all the issues facing the region, not only the Syrian crisis. A full review of all Western and Arab policies in the region is required since they brought us to this terrible situation. Meanwhile, the terrifying lion that is Islamic State has stretched its leg across the seas and into Paris. God only knows where it will reach next. 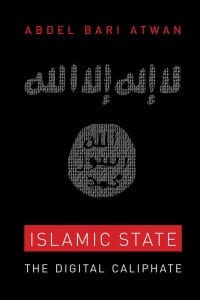 Abdel Bari Atwan is a Palestinian writer and journalist. He was the editor in chief at the London-based daily al-Quds al-Arabi for twenty-five years and now edits the Rai al-Youm news website—the Arab world’s first Huffington Post–style outlet. He is a regular contributor to a number of publications, including the Guardian and the Scottish Herald, and he is a frequent guest on radio and television, often appearing on the BBC’s Dateline London.

Purchase Islamic State: The Digital Caliphate on our website for 30% off with discount code 15M4426 at checkout.

Praying and Preying
No One Will Let Her Live 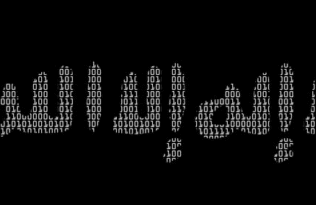