By Aparecida Vilaça, author of Praying and Preying: Christianity in Indigenous Amazonia 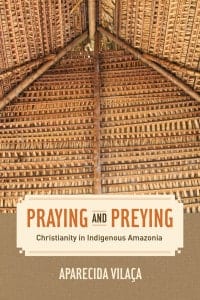 What implications does your research have for the anthropology of religion amongst indigenous peoples overall?

Praying and Preying is one of the few existing ethnographic descriptions of the Christian experience of a contemporary indigenous Amazonian group, in this case the Wari’. Working with these people for 30 years has allowed me to observe transformations over time and obtain a historical view of their interaction with the Evangelical Christianity brought to them by missionaries from the New Tribes Mission.

It is also the first ethnography of Christianization in Amazonia to debate directly with works produced in the Anthropology of Christianity. This I do through the use of key concepts developed by Amazonianist ethnographers and anthropologists who have foregrounded this ethnographic area, and in close dialogue with concepts derived from Melanesian ethnology.

In my analysis, the concepts of ‘dualism in perpetual disequilibrium’ (Lévi-Strauss) and of ‘perspectivism’ (Viveiros de Castro), which synthesize the instability of bodies and of persons in the Amazonian worlds, are put into dialogue with the Melanesian concept of ‘dividual’ (M. Strathern), as well as with Roy Wagner’s model of the oscillating movements of native symbolization. This allowed me to develop an original theoretical synthesis of a specific cultural transformation. In contrast to notions of syncretism, adoption and encompassment that provide the basis for many analyses of the Christianity of native groups, the present book proposes a model of transformation based on the idea of alternation, in which the Christian and pagan universes alternate according to specific relational contexts.

Do any developments amongst the Wari’ people still surprise you? What were some unique challenges that you faced during your involvement with them?

Oh, yes! After 30 years working among them, the Wari’ are always surprising me. When I first arrived there in 1986, they did not define themselves as Christians, although they told me that they had been Christians in the 70s. When I went back in January 2002 to start a new phase of fieldwork after a five year absence, they had become Christians again, in response, they said, to the September 11th attacks in the USA and the fear that the end of the world was about to come. Recently some young adults have been studying at an Intercultural University and have begun to be concerned about their culture.

Currently I am interested in the Wari’ interaction with the culture concept taken to them principally through the schools. Over recent years the school curricula have adopted, from primary school onwards, subjects like ‘Ethnic-Historical Identity’ and, at high school and university levels, subjects like Anthropology and the Brazilian legislation concerning education and indigenous peoples. My hypothesis is that this new knowledge is thrown into a complex dialogue with the Christian experience, counterpoising it in the sense of a valorization of former practices condemned by the missionaries, including festivals and shamanism, at the same time as leading to transformations in the same direction as Christianity, especially in relation to conceptions of person and world. The complexity and nuances of how Christianity, science and culture interact among the Wari’ can only be revealed through ethnographic research and, this aim in mind, I began a new phase of fieldwork, focused on school and university life. So I’m embarking on my fourth decade of research among them. As I said earlier, the Wari’ never cease to surprise and excite me.

Aparecida Vilaça is Associate Professor at the Graduate Program in Social Anthropology at the Museu Nacional, UFRJ. She is the author of Strange Enemies, Quem somos nós and Comendo como gente and co-editor of Native Christians. 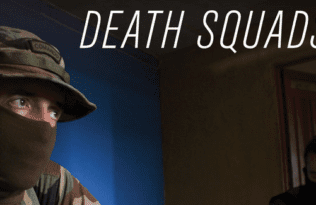