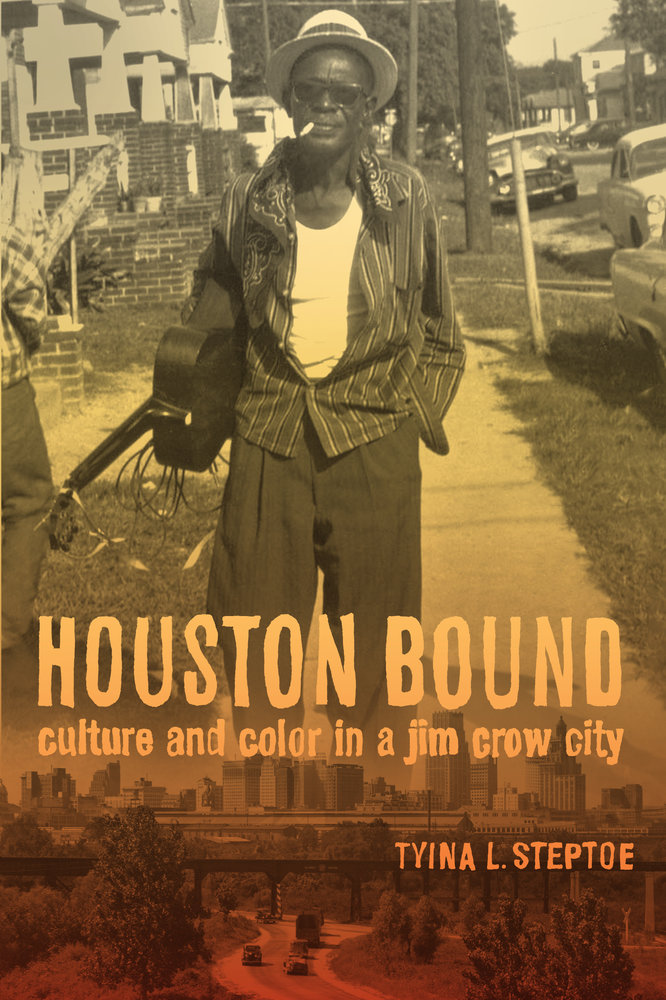 I met Inez Calegon on a rainy winter afternoon while conducting research for my book, Houston Bound: Culture and Color in a Jim Crow City. At the time, Calegon was an energetic octogenarian who had agreed to let me interview her. I was interested in the history of a Houston neighborhood called Frenchtown, established by Creoles of color like Calegon who had migrated from southwestern Louisiana in the 1920s. Sitting at her kitchen table, I listened as Calegon remembered her family’s move to Texas after the Great Mississippi Flood of 1927 ravaged their farm. They soon joined the growing community of French-speaking, Catholic Creoles living in Houston.

The stories I heard that afternoon painted a picture of segregation and community-building. At one point, Calegon described the discrimination she faced in a local Catholic church. When they first arrived to Houston, she and her family attended mass at Our Lady of Guadalupe, a church located in an ethnic Mexican neighborhood called Segundo Barrio. As Calegon recalled, her family had to sit in the rear of the church, and the Creoles were always last to receive communion or confess. By 1929, though, Frenchtown residents had built a church called Our Mother of Mercy, so she and her family could worship in their own community.

Calegon’s recollection seemed to be a personal story that described the types of misery she experienced in a society where Jim Crow laws, as well as unwritten forms of segregation that occurred in local institutions, produced hierarchies between different groups of people. But Calegon’s memories offered more than one individual’s account of discrimination. I encountered a similar version of her church segregation story on the website currently maintained by Our Mother of Mercy. The site explains why Frenchtown needed its own church: “One of the nearest churches within walking distance was a Hispanic Church, Our Lady of Guadalupe on Navigation, where the Creole people were only allowed to sit on the back row and receive communion and attend confession last.” Calegon’s tale, then, did not just recall a personal injustice; it was an essential part of Frenchtown’s origin story, one that stressed community strength in the face of adversity.

Accounts of an individual’s experience with segregation can expose the social misery shared by groups of people who have encountered inequality and struggled against it. While writing Houston Bound, I found that oral histories and music especially revealed that relationship. Like the stories I recorded during interviews, songs can offer sonic explorations of race. While some Frenchtown residents described discrimination in an ethnic Mexican institution, Spanish-speaking Texans used the corrido tradition to recount their own tales of violently-enforced segregation. Those songs often depicted a real person’s struggles with law enforcement or a particular act of discrimination that targeted an individual. The act of re-telling that person’s story through corridos transformed their pain and triumph into a collective experience for other ethnic Mexicans. The reflections of people like Inez Calegon and the stories preserved in musical sources like corridos can help us comprehend the complicated ways that segregation and racial hierarchy operated during the Jim Crow era.

Tyina L. Steptoe is Assistant Professor of History at the University of Arizona. UC Press will publish Houston Bound: Culture and Color in a Jim Crow City in November, 2015.

The Pope, Dorothy Day, and the Anarchists
The 2015 Western History Association is Alive in Portland!