If you’re interested in learning more after this year’s Banned Books Week festivities, here are some suggestions to deepen the conversation about freedom of speech and the censorship of literature and other media through the years. 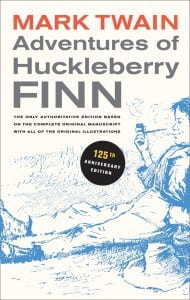 Read the oft-challenged classic! This 125th Anniversary edition of Adventures of Huckleberry Finn is expanded with thoroughly updated notes and references, and a selection of original documents—letters, advertisements, playbills—some never before published, from Twain’s first book tour. 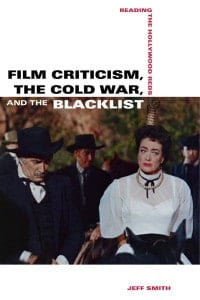 This book examines the long-term reception of several key American films released during the postwar period, focusing on the two main critical lenses used in the interpretation of these films: propaganda and allegory. Produced in response to the hearings held by the House Committee on Un-American Activities (HUAC) that resulted in the Hollywood blacklist, these films’ ideological message and rhetorical effectiveness was often muddled by the inherent difficulties in dramatizing villains defined by their thoughts and belief systems rather than their actions. Whereas anti-Communist propaganda films offered explicit political exhortation, allegory was the preferred vehicle for veiled or hidden political comment in many police procedurals, historical films, Westerns, and science fiction films. Jeff Smith examines the way that particular heuristics, such as the mental availability of exemplars and the effects of framing, have encouraged critics to match filmic elements to contemporaneous historical events, persons, and policies. 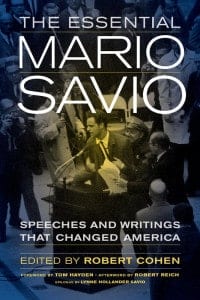 This compendium of influential speeches and previously unknown writings offers insight into and perspective on the disruptive yet nonviolent civil disobedience tactics used by Mario Savio during the 1960s Free Speech Movement in Berkeley, California. The Essential Mario Savio is the perfect introduction to an American icon and to one of the most important social movements of the post-war period in the United States. 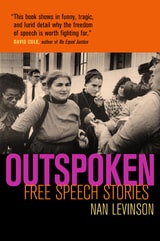 With the government granting itself sweeping new surveillance powers, castigating its critics as unpatriotic, and equating differing opinions with abetting “America’s enemies,” free speech seems an early casualty of the war on terrorism. But as this book brilliantly demonstrates, to sacrifice our freedom of speech is to surrender the very heart and soul of America.

Nan Levinson tells the stories of twenty people who refused to let anyone whittle away at their right to speak, think, create, or demur as they pleased. In an engaging, anecdotal style, Levinson explores the balance between First Amendment and other rights, such as equality, privacy, and security; the relationship among behavior, speech, and images; the tangle of suppression, marketing, and politics; and the role of dissent in our society. These issues come to vibrant life in the stories recounted in Outspoken, stories that—whether heroic or infamous, outrageous or straightforward—remind us again and again of the power of words and of the strength of a democracy of voices. 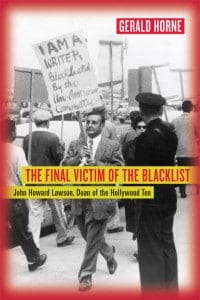 Before he attained notoriety as Dean of the Hollywood Ten—the blacklisted screenwriters and directors persecuted because of their varying ties to the Communist Party—John Howard Lawson had become one of the most brilliant, successful, and intellectual screenwriters on the Hollywood scene in the 1930s and 1940s. After his infamous, almost violent, 1947 hearing before the House Un-American Activities Committee, John Howard Lawson spent time in prison and his career was effectively over. Lawson’s life becomes a prism through which we gain a clearer perspective on the evolution and machinations of McCarthyism and anti-Semitism in the United States, on the influence of the left on Hollywood, and on a fascinating man whose radicalism served as a foil for launching the political careers of two Presidents: Richard Nixon and Ronald Reagan. In vivid, marvelously detailed prose, Final Victim of the Blacklist restores this major figure to his rightful place in history as it recounts one of the most captivating episodes in twentieth century cinema and politics. 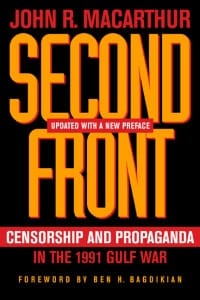 Now updated with a new preface that examines the current conflict in Iraq, this brilliant work of investigative reporting reveals the government’s assault on the constitutional freedoms of the American media during Operation Desert Storm. John R. MacArthur’s engaging and provocative account is as essential and alarming today as when the first paperback edition was published. 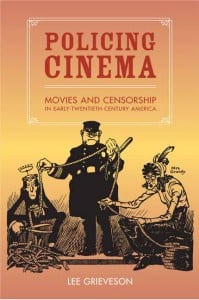 Policing Cinema: Movies and Censorship in Early-Twentieth-Century America
Lee Grieveson (Author)
White slave films, dramas documenting sex scandals, filmed prize fights featuring the controversial African-American boxer Jack Johnson, D.W. Griffith’s The Birth of a Nation—all became objects of public concern after 1906, when the proliferation of nickelodeons brought moving pictures to a broad mass public. Lee Grieveson draws on extensive original research to examine the controversies over these films and over cinema more generally. He situates these contestations in the context of regulatory concerns about populations and governance in an early-twentieth-century America grappling with the powerful forces of modernity, in particular, immigration, class formation and conflict, and changing gender roles.This book develops new perspectives for the understanding of censorship and regulation and the complex relations between governance and culture. In this work, Grieveson offers a compelling analysis of the forces that shaped American cinema and its role in society.