We are pleased to announce that Reading Basquiat by Jordana Saggese is the winner of the 2015 PEN Literary Awards’ UC Press First Book Award. 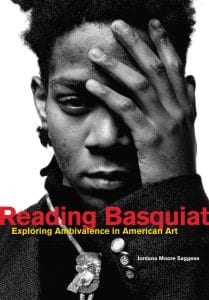 The University of California Press has partnered with the PEN Center for the last few years. This year, the UC Press First Book Award was judged by UC Press Foundation Board of Trustee members Judith Maxwell, Elizabeth Birka-White, and Patricia Klaus. The two finalists for the UCP First Book Award were Marianne Cooper’s Cut Adrift and Cristiana Giordano’s Migrants in Translation.

Among the winners is Oscar-winning filmmaker Francis Ford Coppola, winning a lifetime achievement award; see the official announcement at the PEN Center’s website for more. These results were also shared in the LA Times, Entertainment Weekly, the Hollywood Reporter, Variety, and Indiewire. Aisha Tyler will be hosting a gala ceremony to recognize the honorees at the Beverly Wilshire Hotel on November 16th. We are honored to have published with these fantastic authors!