In the wake of a new school year, Susan Sered, co-author of Can’t Catch a Break: Gender, Jail, Drugs, and the Limits of Personal Responsibility, reflected upon the (often limited) access to education afforded to marginalized women, particularly those who have been criminalized.

Read the full text on her blog, along with a clarification: her argument “was NOT a call to eliminate access to educational programs until we perfect curricula and pedagogy, but rather a cautionary note based on conversations I’ve had with criminalized women in Boston over the past decade.”

Sered presents the poignant example of a black woman named Tonya, who was accepted to a local homeless organization’s culinary arts training program. Underpaid and overworked, Tonya finally completed the program, only to discover that she needed to pay $185 to receive a “safe service” certificate; without it, she could not be hired. She did not have the money. “I feel like a loser,” said Tonya of her .

“We like to say that “knowledge is power,” but, unfortunately, the thrust of a great deal of contemporary American education has less to do with helping students understand who actually holds the political and economic power in our grossly unequal society, and more to do with drilling students in the notion that they personally are responsible for their own failure to take control of their lives, make the “right” contacts, excel at exams, land jobs, and stay out of jail,” says Sered. “That kind of “knowledge” disempowers; it obscures who profits from the status quo; and it keeps individuals focused on their own failures rather than on the structural conditions of poverty, racism and gendered violence that sentence the majority of Americans to be “losers”.

As new educational opportunities may be opening up for criminalized and for low income students, and as teachers and professors (like myself) prepare to go back to school, it’s a good time for educators to give some serious thought to what we actually are teaching our students. Are we merely telling them that ‘knowledge is power’ or are we clarifying that much of the knowledge we are imparting has been accumulated and validated by sources of power with vested interests in maintaining that power? Are we encouraging them to speak truth to power: to discover the truths that shape their lives, to identify who really does (and does not) hold the power in our world, and to speak loudly so that those in power will listen? If we are not doing these things, we are allowing our educational programs to add propellant to school-to-prison pipelines.”

Between the Sea and the Problem of Humanity: The Mediterranean's Refugees and the Humanitarian Reason of Rescue at Sea
ASA 2015 Round-Up 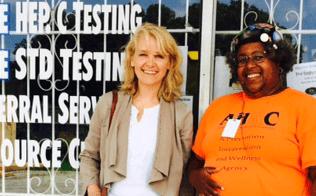