By Catherine Connell, author of School’s Out: Gay and Lesbian Teachers in the Classroom

This Q&A, originally published by Boston University Today, is posted in advance of the American Sociological Association conference in Chicago. Read the original post here, and check back every day for new posts through the end of the conference on Tuesday, August 25th.

After interviewing and observing gay teachers in California and Texas—the former bans discrimination against gays statewide, the latter does not—Connell found that teachers sometimes can’t manage this conflict and quit the profession altogether.

Connell’s book calls for a radical rethinking of classroom culture.

Can you discuss the various strategies teachers use for navigating the conflict between sexual identity and professionalism, and the shortcomings you see in each?

Strategies fall into three basic categories that I call splitting, knitting, and quitting.

Splitters attempt to keep a strict division between their identities as teachers and as gays/lesbians. Imagine dropping off your sexual identity (and along with it, much of your personal biography) at the schoolhouse doors and trying to pick it back up at the end of the day. Knitters try to weave together their professional and sexual identities into a cohesive whole by bringing their sexual identities and politics into the classroom in different ways. Quitters find the process of splitting too arduous and the process of knitting too risky, so they leave classroom instruction by either moving into administration or out of the profession entirely. 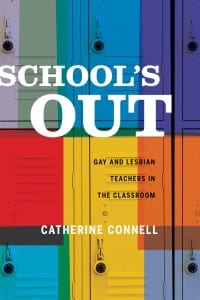 If there were federal protections in place for LGBTQ workers, it would go a long way toward lowering the stakes of disclosure for teachers who want to take that path. Further, we need to reconsider the outdated and anti-gay assumptions that underlie the expectations of teaching professionalism, which hurt not only LGBTQ teachers, but also contribute to school environments that feel unsafe and unwelcome for LGBTQ students and perpetuate homophobic and hetero-normative attitudes in their peers.

The problem doesn’t lie squarely with schools. The one-size-fits-all model of gay pride that demands disclosure is harmful in its own way. Relying on coming out as the primary mode of sexual justice is too individualistic; our focus should really be on the ways that anti-gay and anti-trans sentiment and policy are woven into the fabric of our most sacred institutions and social rituals.

How many LGBTQ teachers quit the job?

We don’t have that data, but we do know that LGBTQs face significant workplace discrimination and harassment, and that this contributes to job dissatisfaction, turnover, and underemployment of LGBTQ workers more generally. For teachers, who are held to very conservative expectations of on-the-job comportment, I would imagine these negative outcomes are amplified. In fact, teachers are under a microscope even when they aren’t on the clock; formal and informal morality clauses that dictate teachers’ public and even private behavior are still common in the profession.

Could you summarize your argument that the campaign for LGBTQ rights winds up reinforcing discrimination?

I wouldn’t say that LGBTQ rights, per se, reinforce discrimination, but I do think that some of the tactics of today’s rights campaigns further marginalize a subsection of the community. Whereas the gay liberation politics of 50 years ago embraced an ethics of difference, resistance, and revolution, the contemporary gay rights movement has taken a turn toward emphasizing sameness, normalcy, and incorporation into the status quo. LGBTQs who don’t want to—or can’t—fit into this normalizing project are not just being left behind, they’re often being told that they are the problem! Rather than discourage teachers from “acting gay” and encourage them to act and look just like their straight counterparts to get by, why can’t we question the institutional and professional norms that limit us to acting and looking just one way?

I am all for celebrating LGBTQ people! I’m just suspicious of limiting the celebratory spotlight to those who appear “normal.” I do expect that some people will feel that doing so is a necessary, strategic compromise on the road to broader rights and acceptance for all, and I respect that. I’m just perhaps more skeptical and cynical about the outcomes of such a compromise.

What do you mean when you suggest in your book that we take “more seriously the idea of children’s own sexual agency” and that “children have a right to the world of sexuality?”

Part of what sustains the pride/professionalism dilemma is the cultural assumption that children should be shielded from knowledge of LGBTQ genders/sexualities, that this knowledge will be corrupting, confusing, even dangerous for children. That assumption ignores, of course, the existence of LGBTQ children, and it also underestimates all kids’ capacities for understanding the existence of LGBTQ people. The belief that children are asexual and ignorant of sexuality is so pervasive in our culture, it’s very difficult for many of us to accept any suggestion to the contrary.

But I do believe that children should be given more credit as sexual subjects. In practice, this might mean, among other things, incorporating age-appropriate, scientifically accurate sexuality education into K-12 curriculum in ways that would both respect their right to sexual knowledge and set them up to make truly empowered and informed decisions about sex and sexuality later in life. 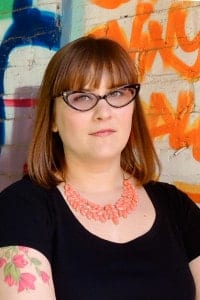 Catherine Connell is Assistant Professor of Sociology at Boston University.