By Sarah Bowen, author of Divided Spirits: Tequila, Mezcal, and the Politics of Production

What are the limitations of alternative markets in ensuring fair, sustainable food?

As educated and socially conscious consumers, we want to believe that our purchasing decisions—whether that means buying fair trade coffee, local produce, or traditional mezcals—can make a difference. I think that maybe they can. But it’s also true that in a system based on “voting with your dollar,” people with more dollars have more votes.

On the whole, I believe that the growth of the market for artisanal mezcals and tequilas has shifted the conversation about protecting Mexico’s spirits in productive ways. But that’s not enough. In a market-based system, the right to define what constitutes “tequila” and “mezcal” extends as much from market power as it does from a sense of tradition or justice. And the interests of wealthy consumers, no matter how committed they are, are not always going to line up with what’s best for producers, farmers, or workers.

There is a need to move beyond market-based models in order to create more democratic, participatory, and inclusive ways of protecting, valuing, and preserving local foods and drinks and the people who make them. Lasting change is unlikely without the involvement of the state and a sustained commitment to supporting rural development and small-scale agriculture and to reducing inequality in rural communities. 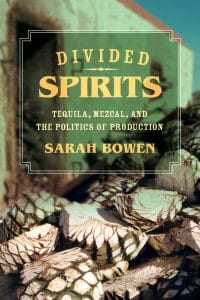 What reforms do you believe are most necessary to protect local producers of tequila and mezcal?

The denominations of origin (DOs, place-based labels that tie production of foods or drinks to particular regions, like Champagne) and quality standards that regulate tequila and mezcal are structured in ways that allow for, and even encourage, industrialization and standardization. The DOs and standards manage to be both too open and too restrictive. Because they are so general, they fail to protect the linkages between specific places, the types of agave that grow there, and the production practices that developed there over time. The regulatory institutions do not define any practices as central to the identities of tequila or mezcal, and so industrial producers are scaling up, adopting innovations that are more efficient but that move tequila and mezcal further from their historical roots and make it more difficult for small producers to compete. They are also too restrictive, in that they set parameters that are almost impossible for producers using traditional methods to meet, and in doing so, further encourage industrialization.

My primary recommendation is that these regulatory institutions need to allow small producers (as well as farmers and workers) collectively define the practices and qualities that are important to them. The vast majority of regulatory decisions that have been made over the last seventy years have been pushed by large distilleries (and the multinational liquor companies that increasingly own them), with a goal of maximizing efficiency and accessing foreign markets. It’s time to hear from small producers and make the process of defining the quality of tequila and mezcal more democratic. In addition, the regulatory institutions need to take more seriously the issue of the quality and sustainability of agave, the main ingredient in tequila and mezcal and one of the things that makes these spirits so unique.

Did you encounter any unique challenges while conducting research and interviews? Is there anything on the subject that you would be interested in studying further?

One afternoon, I was conducting interviews with agave farmers in a tiny town in Jalisco. I had to drive up a very steep, windy road to get to this town. I did the two interviews that I had come there to do, and then it started to pour. This was during the rainy season, when it rains almost every afternoon, but this was a particularly heavy rainfall, and it was also getting dark. The road was slick, and I began to worry whether I would be able to drive back down the hill. I knocked on the door of the nearest house, and these two older ladies, who must have been in their eighties, invited me in. They told me I could stay the night with them if I needed to. I ended up waiting out the storm with them, but then decided I could make the drive home. But that story always reminds me of the incredible generosity and kindness of the people I met doing my fieldwork.

As far as future work, I would like to look more at the role and living conditions of jimadores—the workers who harvest the agave—in the tequila industry. Jimadores have a special symbolic significance and are often depicted on tequila labels and featured in distillery. Yet the romantic images of jimadores that we see in tequila ads conceal the health problems and chronic poverty from which they suffer. I talked to some jimadores while doing research for my book, but I hope to do a larger study, to look at how working conditions and health problems of the jimadores vary between regions and between types of companies and contracts.

On Becoming a Teen Mom: Life Before Pregnancy
LGBTQ Teachers Walk a Tightrope