By Mary Patrice Erdmans, co-author of On Becoming a Teen Mom: Life before Pregnancy

What were the biggest challenges that you faced during the process of interviewing and reporting, especially with such a diverse group?

One obstacle we had to overcome in some interviews with teen mothers was getting them to tell us their life stories and not simply answer questions. For young mothers with extensive interactions with state workers (e.g., social workers, probation officers), an interview setting could be perceived as an interrogation site with high stakes for right and wrong answers. To offset their previous experiences, we had to become good listeners – to not interrupt, to remember the complexity of the story, to make compassionate requests for more information – in order to convey to them that we wanted first and foremost to understand their life stories without judgment.

As sociologists, we try to understand their individual biographies as part of larger social processes; however, when people narrate their lives they often begin with the “I” as the agent of action. Given that these young mothers represent a stigmatized group, many framed their stories to “take responsibility” for their actions, or as they said, “their mistakes.” For example, they would call themselves “lazy” for dropping out of school, or say they were “stupid” for trusting their boyfriends, or even blame themselves for their parents violent behavior, saying they “deserved” to get a beating because they did something like broke a lamp or stayed out late. While that may be their constructed life story, it is not ours. We are not interested in “blaming” individuals – not the young mothers, their boyfriends, nor their parents. Writing this book, we walked a tightrope of honoring the first-person construction of their stories, sometimes seeing them as tales of moral redemption, and our responsibility as sociologists to see the less visible social structures that shadowed their narratives. We had to remember that in giving them “voice” we did not relinquish our sociological voice. 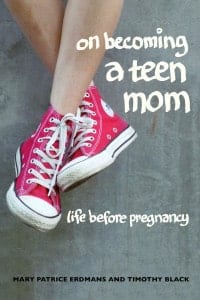 Do you feel that the public perception of teen pregnancy and motherhood has significantly shifted since your initial research, or do many of the same barriers to understanding the lives of young mothers remain?

Today, as a result of some excellent longitudinal studies, scholars are less likely to “blame” teen mothers for social problems like poverty, school failure, and criminal behavior. Unfortunately, public perception has not changed in tandem with this research, as teen mothers are still likely to be seen as one the causes of urban poverty. The public perception of the problem has become even more skewed by such popular television shows as “16 & Pregnant” and “Teen Mom,” by a number of “celebrity” teen mothers like Bristol Palin, and by shame campaigns like that in New York City in 2013 that placed “public service announcements” around the city with photos of frowning or crying children saying such things as “Honestly Mom … chances are he won’t stay with you. What happens to me?” Despite the steady decline in teen births since 1991, many people still have the misperceptions that teen births are increasing, that being a teen mother is a badge of honor, or that teen births remain, as Bill Clinton said in 1995, “our most serious social problem.” This underscores the issue that public perceptions are not shaped by empirical realities but by political and cultural constructions. The politics have only become more shrill, and the media constructions more unreal.

Which conclusions do you wish to ultimately leave with those who read your work? What are some of the key misconceptions that you seek to overturn with your research?

It is understandable why the construction of teen mothers as a social problem often gets conflated with sex. Yes, without sex there would be no baby. But unless we are going to outlaw sex for minors (which we have attempted to do with stringent statutory rape laws), sex is really a smoke screen. What happens before the sex? Why do they decide to carry the pregnancy to term instead of having an abortion? Why do some teen mothers intentionally get pregnant? To answer these questions, we need to look at the events in their lives that precede pregnancy. For sure, increased access to effective and affordable contraception will help to reduce unwanted pregnancies for some teenagers, but contraception is not the answer to a young woman who failed ninth grade three times and finally dropped out at age 17 and then became pregnant intentionally. Abstinence programs will not help a victim of child sexual abuse who later becomes a heroin addict engaged in sex work to support her illness. For these young women, a pill will not fix their problems.

We advocate that we need to resist the distraction of shame campaigns and political debates about abstinence and move toward addressing the more complex issues of poverty, systemic racism, and gender violence. Given that rates of teen births are one-half of what they were in 1991, we should declare and attribute this victory to the parents, grandparents, community groups, teachers, social workers, doctors, and family planning professionals who have worked so hard to achieve this outcome. However, we believe that any further reduction in teen birth rates will require us to address the structural issues we raise in this book

One final misconception is that young mothers are a monolithic group when in fact there are several different pathways to becoming a teen mother. In some cases, the young women are doing well in school, live in economically stable neighborhoods and households, and have a supportive family network; it is unlikely their children will end up in poverty, incarcerated, or contributing to any number of social problems often correlated with early childbearing. That is, their babies do not “cause” social problems. In other cases, young women grow up in impoverished communities, attend inadequate schools, and have families decimated by illness, death, and incarceration. In their lives, having a child did not cause these problems, but is likely to be a consequence of them. In On Becoming a Teen Mom we move the gaze away from the belly and the baby carriage and, instead, take a wide-angle view of life events leading up to the pregnancy and delivery, events woven into a matrix of gender violence, racism, and class inequality. And we ask, do we have the moral courage to address these problems? 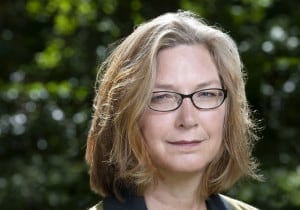 Mary Patrice Erdmans is Associate Professor of Sociology at Case Western Reserve University. She is the author of The Grasinski Girls: The Choices They Had and the Choices They Made.