By Peggy Levitt, author of Artifacts and Allegiances: How Museums Put the Nation and the World on Display

Ever since August 1793, when France’s new leaders opened the doors of the Louvre to the public, museums have played a starring role in producing and representing the nation. So, in today’s global world, what kinds of citizens are museums creating? Can they inspire an openness to difference, whether it be next door or across the world? 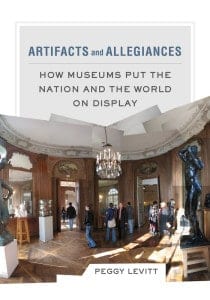 For some, the answer is a resounding “no.” Museums are simply too flawed by their western-centric histories to right old wrongs. A second view dismisses these critiques. To those who believe that museums are always “ideologically motivated and strategically determined,” James Cuno, President and CEO of the J.P Getty Trust, asked “Do you walk through the galleries of your local museum and feel controlled in any significant way? Do you feel manipulated by a higher power?”[i] He believes that museums still matter and that “enlightenment principles still apply.”

But, a third view, held by many of the museum professionals I talked with while writing Artifacts and Allegiances: How Museums Put the Nation and the World on Display, is that museums can and must reinvent themselves into socially relevant institutions for the twenty-first century. Whether they worked in Europe, the US, Asia, or the Middle East, they know that museums are still primarily the stomping grounds of people with money in their wallets and degrees on their walls. But they also recognized the tremendous power museums wield in shaping public views, even influencing people who never cross their thresholds. They believe that museums can and should encourage empathy, curiosity, tolerance, creativity, and critical thinking—in essence, helping visitors to become more cosmopolitan. Whether or not museums willingly accept this role, they necessarily star in the drama of the nation and its place in the world. 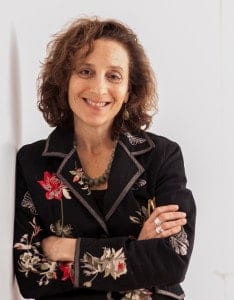 Peggy Levitt is Professor of Sociology at Wellesley College and a Senior Research Fellow at the Weatherhead Center for International Affairs and the Hauser Center for Nonprofit Organizations at Harvard University, where she codirects the Transnational Studies Initiative. In 2015, she is a Robert Schuman Fellow at the European University Institute. Her books include Books, Bodies, and Bronzes: Comparative Sites of Global Citizenship Creation, Religion on the Edge, God Needs No Passport, The Changing Face of Home: The Transnational Lives of the Second Generation, and The Transnational Villagers.

CATEGORIES: Art, From Our Authors, Sociology

Dealing in Desire
Outsiders Inside the New Whitney 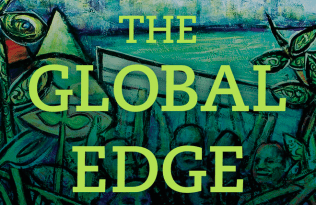