“White guys are nothing in Vietnam. Back at home they think they are the shit but they got nothing on us Asians.” When I asked, “How?” Hiep responded, “It’s simple. White guys order beer, Viet Kieus order bottles, and, well, Vietnamese they order Blue.” 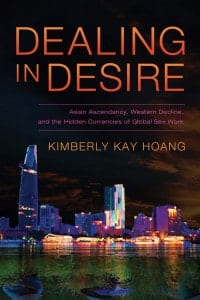 What new perspective does Dealing in Desire provide in the study of sex work around the world?

Dealing in Desire advances research on global sex work that tends to focus overwhelmingly on female sex workers and either overlooks the experiences of their male counterparts or focuses primarily on Western men. Interestingly, while most research assumes that wealthy Western men brokering capital deals command the high-end sexual markets, in this Asian-centered economy, local elites and Asian businessmen command the highest paying niche markets. Men in these different niche markets participate in different projects that involve divergent understandings of Vietnam’s place and future in the global economy.

What role does the Vietnamese sex industry play in the wider global economy?

In Vietnam, foreign direct investments are not disembodied flows of global economic capital. People broker capital deals. Foreign investments are embodied in entrepreneurial relations that are largely male-dominated and heavily influenced by existing practices established in China, Japan, and South Korea where men rely heavily on the sex industry to facilitate informal social relations of trust as foreign investors embed themselves in the local economy. Much of this has to do with the shifting sources of foreign capital entering Vietnam following the 2008 global recession. By 2010, the six leading contributors were Taiwan, South Korea, Malaysia, Japan, Singapore, and Hong Kong. These shifting sources of capital overtook both Western investments and overseas remittances, giving an Asian face to wealth in Vietnam for the first time.

For businessmen tied to Asian finance capital, the sex industry allows men to broker deals by projecting confidence in the Vietnamese market. For Western men and overseas Viet Kieus largely excluded from the segment of the sex industry linked to business transactions and FDI flows—as the vast majority of FDI into Vietnam comes primarily from Asia—the sex industry serves a different purpose, allowing men to displace their status anxieties onto women’s bodies.

How does this relate to the “Asian ascendancy” that you refer to in your book’s subtitle, and what complicating factors remain in studying this rising market?

Taken together, the niche markets that cater to local Vietnamese businessmen, Viet Kieus, Western businessmen, and Western budget travelers highlight how the commodification of sexual labors can have multiple and varied effects as male clients and female sex workers negotiate their changing status—either by embracing the shifts in global capital flows that bolstered Asia’s ascendancy or by reproducing old regimes of global power that hinge on Western dominance. Local Vietnamese men and their Asian business partners fall on one end of the spectrum in a niche market where relations of intimacy are tied to the trappings of East and Southeast Asian foreign direct investments. At the other end, intimate relations are tied to the trappings of paternalistic charitable giving from Western nations.

Dealing in Desire explores how high finance and overseas economic remittances are inextricably intertwined with relationships of intimacy. Madams in high-end hostess bars provided local elite Vietnamese businessmen with the space that was crucial for clients to build trust to secure business deals with investors from East and Southeast Asia. The bars in provide a window into the racialized sexual desires, competing status claims, capitalist greed, and hope for economic mobility that drive sex workers and their clients into bars. As such, different configurations of racialized desires, social status, business success, and hope for upward mobility all play out differently in the bars of Vietnam where shrewd deals are made to fulfill global fantasies.

Kimberly Kay Hoang is Assistant Professor of Sociology and the College at the University of Chicago. 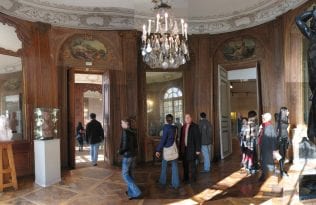