With the U.S. Congress slated to return from its break September 8 and a looming September 17 deadline to vote to support or reject the recently concluded P5+1 nuclear program negotiations with Iran, the Sunday talk shows will no doubt be crowded with supporters and opponents of the agreement making their cases to Congress and to the American public.

The P5+1 (United States, United Kingdom, France, Russia, China and Germany) nuclear agreement with Iran has been heralded by supporters as an historic agreement that will avoid war, prevent Iran from becoming a nuclear-armed state, and enable a Western rapprochement with Iran that will stabilize the Middle East. For detractors, the agreement is nothing less than a naïve capitulation toward the Iranians in the groundless faith that concessions will engender a more moderate Iranian regime.The time frame for the agreement, critics argue, guarantees Iran will be a nuclear threshold state capable of developing nuclear weapons once the treaty lapses, except now it will be free of sanctions and awash with oil and natural gas cash.

President Barack Obama has declared the agreement the only option other than war and charged that his critics have failed to present plausible diplomatic alternatives. Opponents argue that “no deal” is a better one than the “bad deal” at hand. Furthermore, those aligned against the deal argue for the continuation of the sanctions regime with additional sanctions if Iran does not dismantle more of its extant nuclear enrichment facilities. The White House responds that the sanctions regime was dependent on an international consensus that was waning and vulnerable to unraveling, and the agreement is an opportunity to secure Iranian concessions within a framework suitable to American interests. And so it goes back-and-forth.

Congress will debate and vote on the agreement, but a two-thirds majority is necessary to scuttle the deal. Whether enough Democrats will join Republicans to block implementation is uncertain. While many domestic constituents are vocally aligned against the deal, the general public is wary of another Middle East war. Israel has openly come out against the deal and Arab monarchies may be voicing private opposition.

To help set the stage for understanding the roots of U.S.-Iranian relations, the course of U.S.-Israeli efforts against Iran’s nuclear program, and Iran’s involvement in the Arab-Israeli conflict, UC Press and the Institute for Palestine Studies have made U.S., Israel and Iran: A Journal of Palestine Studies special virtual issue available for free through September.

Don’t miss an issue of Journal of Palestine Studies—Subscribe today! Use discount code JPS150820 at checkout to save 20% off the “Individual-Online Only 1 Year” rate!

Gardens of the Queen, a Bygone Era for Coral Reefs, or a Future that Benefits from Bygone Eras?
California: Taking Stock, Looking Ahead 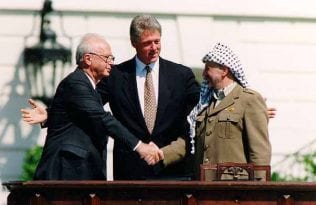 The Failure of the Oslo Accords 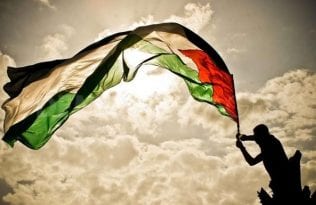