On April 22, 1970, the inaugural Earth Day celebration helped galvanize the environmental movement in America and forged a new zeitgeist that put the health of the planet front and center for the next decade. Forty-five years later, Earth Day is celebrated by more than a billion people worldwide and has blossomed into a weeklong event. That’s a lot of love for our Pale Blue Dot! And while we’ve seen many successes since its first observance in 1970—including the creation of the Environmental Protection Agency, and the passage of The Endangered Species Act and the Clean Air and Water acts—we’ve also experienced significant setbacks to the health of our planet due to climate change, ocean acidification, deforestation, habitat loss, species extinction, and war.

Clearly, we have our work cut out for us as stewards of the environment. And though it may seem daunting, cultivating a sustainable world is not impossible. As part of our mission to advance knowledge and drive change, the University of California Press is proud of its long history of publishing the work of scientists, scholars, historians, and thought leaders who are dedicated not only to helping us understand and appreciate our natural world but also to providing valuable insight into the impacts of our actions, and strategies for shifting toward a more sustainable future.

In honor of Earth Day, we’d like to highlight a few current and forthcoming titles that reflect the values of environmental stewardship and ecological thinking. As the inimitable Carl Sagan once said, “Our species needs, and deserves, a citizenry with minds wide awake and a basic understanding of how the world works . . .”

“The entire planet was at stake, and Brower figured that out before almost anyone else. [He] captured the attention of a large enough slice of the public to change the American zeitgeist . . . He was a friend of the Earth indeed.” —from the Foreword by Bill McKibben

“. . . offers a deep read of the religious influences at the foundation of the environmental movement and a thoughtful argument about how centrally those influences shaped themovement.” —Kevin O’Brien

“Powerful and passionate prose. . . . Time may be short, but this is a message of hope for readers looking for a better future.” —Publishers Weekly

“Building sustainable cities is a novel idea to many people . . .but it is arguably the best option our species has for resolving most of our global environmental problems.” —Michael McKinney, Urban Naturalist

“[T]he depredations we have imposed on the oceans have been entirely gratuitous: we need not have eradicated the great auk or the Caribbean monk seal to satisfy our seafood requirements, and thus it is perfectly reasonable to ask ourselves how we could prevent such catastrophes in the future.” —from the foreword by Daniel Pauly

“Wild Again is not only modern and pithy, but it also tells a story about commitments to conservation using charismatic animals. Anyone who wants to understand how to do conservation and appreciate why biology matters needs to start here.” —Joel Berger, Wildlife Conservation Society

Paulo Moutinho introduces "The extinction of deforestation in the Brazilian Amazon: Is it possible?"
Daniel Handler's Salute to UC Press Poets 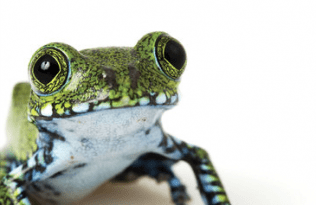 What We Need to Dodge Extinction

Bugs in the System