Tax season is upon us, apparent in the stream of H&R Block TV commercials (“Get your billions back America!”), the line on many middle-class families’ to-do lists—“find tax docs”—that keeps getting pushed to next weekend (until a mad scramble as the April 15th deadline looms), and the sign spinners drawing attention to Liberty Tax, Jackson Hewitt, and many a local store that pops up this time of year. While some of us approach tax time with a sense of dread—paperwork, possible audits, paying taxes, oh my!—others look forward to tax time as “better than Christmas.” Why? Because filing taxes means the arrival of the much-anticipated tax refund check, a source of financial relief and hope for many lower-income working parents.

A single parent of two children who works full time, all year, at a minimum wage job is eligible for an Earned Income Tax Credit of $5,460. Those who earn much less or much more are eligible for a smaller credit (with the credit size shrinking until it disappears for those earning around $44,000 a year). On top of this, the parent’s refund check may also include the refundable portion of the Child Tax Credit and the return of any over withholding from her paychecks. And if she lives in one of the 25 states that has a state EITC, she’ll also be getting a smaller state refund check too. The value of the EITC alone is worth more than a quarter of her annual earnings. The EITC pushes more than six million families above the poverty line each year. It’s no wonder that tax time is so eagerly awaited.

This year marks the 40th birthday of the EITC and, in the midst of dueling tax proposals from the political right and left, it’s a good time to examine how the EITC is working. At this policy’s creation in 1975, the intention was to reduce the tax burden on lower earners, with a maximum benefit of a few hundred dollars. Over the years, Congress has increased the income eligibility limits and benefit levels, transforming this income tax offset into a major government assistance program. Most recently, as part of the American Recovery and Reinvestment Act of 2009, Congress raised the income limits, particularly for married couples, and made higher benefits available to larger families (those with three or more children); these provisions will sunset in 2017 unless there is Congressional action.

As we reflect on the EITC’s past and future, we must be mindful of both its successes and shortcomings. Through the government, we support lower-income workers like never before. But we’ve left behind many others. Over the past two decades, the number of families living in deep poverty—living on $2 per person per day—has risen steeply. While we do more to reward work, those who are without work are in a difficult situation, without either a wage income or the support of work-contingent benefits like the EITC. Further, many workers struggle with variable work schedules, unable to get the dependable hours or full time work they desire. These aren’t all problems the EITC can solve, although some creative thinking is occurring. There are policy experiments underway and proposals on the table that consider other ways of expanding the EITC program to those it currently does not reach, such as childless workers and noncustodial parents. We need to evaluate what we know about the EITC to make informed decisions about continuing the ARRA expansions of the EITC and pursuing extensions of the EITC to new groups. 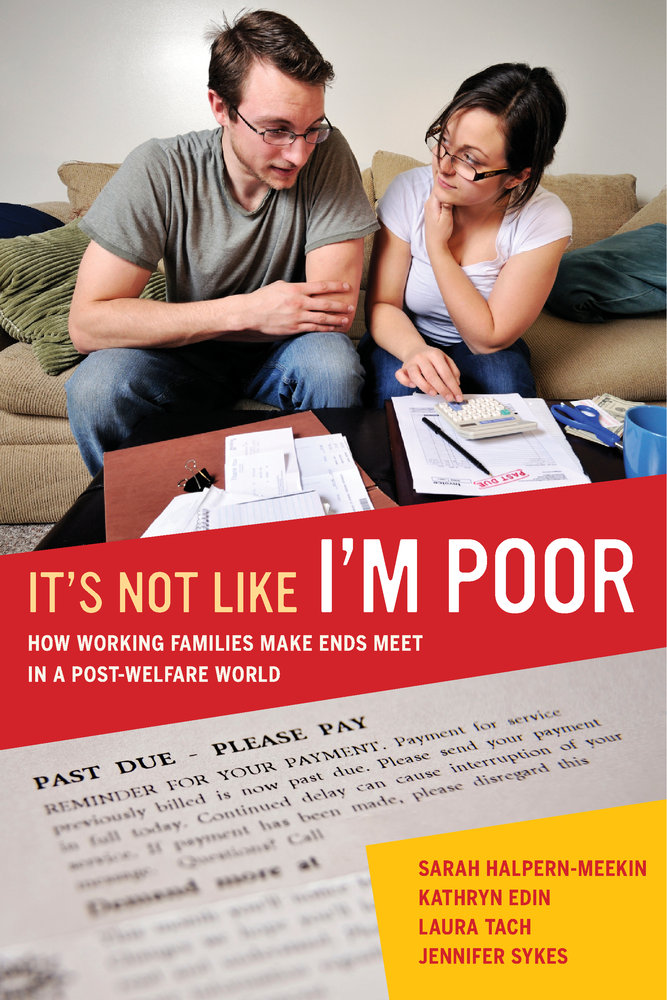 Our research demonstrates that the EITC provides an essential source of financial and psychological relief to lower-income working parents. After scraping by for most of the year, the arrival of tax season means being able to meet all of the family’s needs and even indulging in some of its wants too. Although they are cash-strapped for most of the year, parents use their refund checks in ways most Americans would deem financially responsible: paying current expenses (rent, groceries, child care), getting caught up on debts (medical bills, student loans, credit card bills), buying some big-ticket items (used cars, furniture, home improvements), putting some away in savings, and indulging in a few simple luxuries (birthday presents for the kids, a meal at a sit-down restaurant, a barbeque for the extended family). Though parents only allocate approximately 10% of refund dollars to this last category of “treats,” the meaning this spending has to them is huge. They get to be “real Americans” and give their children the feeling of being “ordinary kids.” In a consumer culture such as ours, purchases such as these can be of enormous importance. And there are two other impacts of the EITC that we see in our study, one financial and one psychological.

Families are able to use their refund dollars to build a personal safety net for themselves. By paying down debts, accumulating some assets, and stockpiling food and other items at tax time when their bank accounts are relatively flush, they’re better able to weather the tough times that inevitably arrive later in the year, as unexpected expenses or drops in income arise. And what is perhaps most remarkable is that all of these benefits come from a government assistance program. The reason this is so noteworthy is that many such programs provide financial support but at a psychological price. Applying for cash welfare or food stamps (now called SNAP) carries the connotation that you are a dependent, a taker, a drain on society. The EITC, through its connection to work and parenthood and its delivery through the complex tax system, is more incorporating than alienating. It helps, as President Clinton said, to “make work pay.” It emphasizes those roles of responsible parent and provider that are valued and rewarded in our society. For families benefiting from the EITC, there is no trade-off between dignity and a hand up. As you search for your W-2s and 1099s, that’s certainly something to be thankful for this tax season.

Kathryn Edin is Distinguished Bloomberg Professor in the Department of Sociology and the Bloomberg School of Public Health at Johns Hopkins University. She is the coauthor of It’s Not Like I’m Poor: How Working Families Make Ends Meet in a Post-Welfare World, Doing the Best I Can: Fatherhood in the Inner City, Promises I Can Keep: Why Poor Women Put Motherhood before Marriage, and Making Ends Meet: How Single Mothers Survive Welfare and Low-Wage Work. 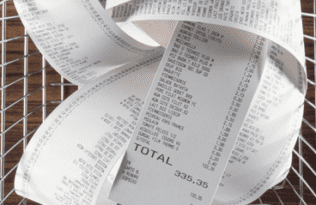