This Tuesday, March 31 marks Cesar Chavez Day. The University of California Press is proud to have published broadly on this important labor and civil rights leader. From first-hand accounts of working side-by-side with Cesar Chavez to an examination of the charismatic leader as a religious figure, the books here present the full and rich life of one of our nation’s most important labor and civil rights figures. 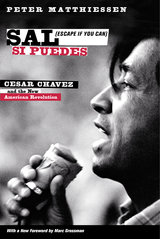 In the summer of 1968 Peter Matthiessen met Cesar Chavez for the first time. They were the same age: forty-one. Matthiessen lived in New York City, while Chavez lived in the Central Valley farm town of Delano, where the grape strike was unfolding. This book is Matthiessen’s panoramic yet finely detailed account of the three years he spent working and traveling with Chavez, including to Sal Si Puedes, the San Jose barrio where Chavez began his organizing. Matthiessen provides a candid look into the many sides of this enigmatic and charismatic leader who lived by the laws of nonviolence.

A new foreword by Marc Grossman considers the significance of Chavez’s legacy for our time. As well as serving as an indispensable guide to the 1960s, this book rejuvenates the extraordinary vitality of Chavez’s life and spirit, giving his message a renewed and much-needed urgency. 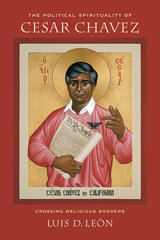 The Political Spirituality of Cesar Chavez, by Luis D. León

This book maps and challenges many of the mythologies that surround the late iconic labor leader. Focusing on Chavez’s own writings, León argues that La Causa can be fruitfully understood as a quasi-religious movement based on Chavez’s charismatic leadership, which he modeled after Martin Luther King Jr. and Gandhi. By refocusing Chavez’s life and beliefs into three broad movements—mythology, prophecy, and religion—León brings us a moral and spiritual agent to match the political leader. 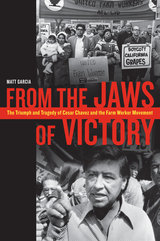 From the Jaws of Victory, by Matthew Garcia

This is the most comprehensive history ever written on the meteoric rise and precipitous decline of the United Farm Workers, the most successful farm labor union in United States history. Based on little-known sources and one-of-a-kind oral histories with many veterans of the farm worker movement, this book revises much of what we know about the UFW. 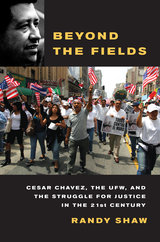 Beyond the Fields, by Randy Shaw

Much has been written about Chavez and the United Farm Worker’s heyday in the 1960s and ’70s, but left untold has been their ongoing impact on 21st century social justice movements. This book describes how Chavez and the UFW’s imprint can be found in the modern reshaping of the American labor movement, the building of Latino political power, the transformation of Los Angeles and California politics, the fight for environmental justice, and the burgeoning national movement for immigrant rights. 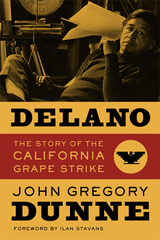 In September 1965, Filipino and Mexican American farm workers went on strike against grape growers in and around Delano, California. More than a labor dispute, the strike became a movement for social justice that helped redefine Latino and American politics. The strike also catapulted its leader, Cesar Chavez, into prominence as one of the most celebrated American political figures of the twentieth century. More than forty years after its original publication, Delano: The Story of the California Grape Strike, based on compelling first-hand reportage and interviews, retains both its freshness and its urgency in illuminating a moment of unusually significant social ferment.

Join Us At The 2015 Organization of American Historians Meeting!
Association for Asian Studies Annual Conference Recap