With the Oscars coming up this Sunday, we asked some of our authors to weigh in with their picks and predictions. 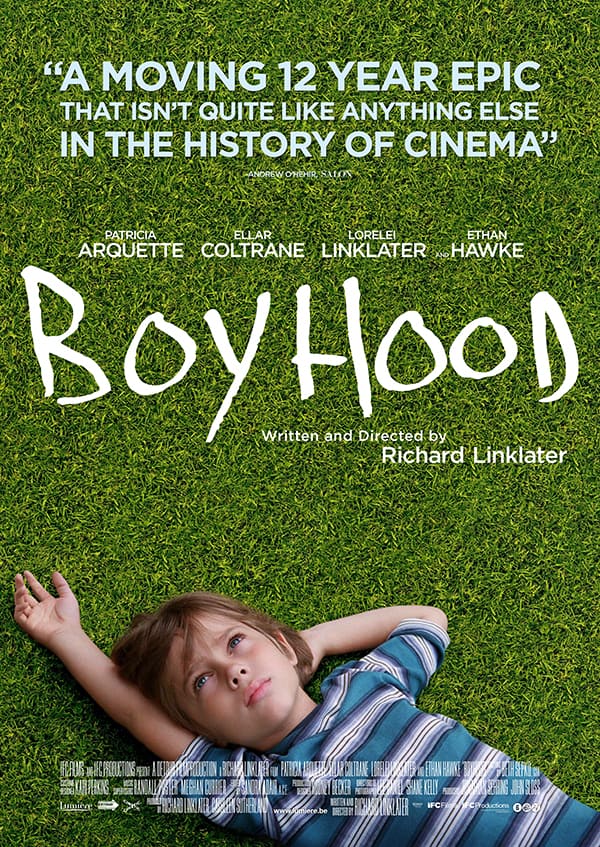 Boyhood is my favorite movie of the year, my pick for Best Picture. I’ve always been interested in moviegoing as a sort of autobiographical experience. In my book Hollywood Vault, I talk about how American audiences watched the 1944 reissue of Disney’s Snow White and measured how their lives and world had changed since the film’s original release. Boyhood immediately invites these types of personal reflections. What was I doing 12 years ago when Richard Linklater began this project? Could the pretentious 19-year-old film student who panned Linklater’s 2001 Waking Life (I remember complaining, “it’s not deep enough”) believe that he would feel so emotionally overwhelmed by the director’s ambitious next project, or that he would watch the new film sitting next to an amazing person, pregnant with their third child? These questions grow as we revisit events that mean something different now: Roger Clemens’ late-career stint pitching for the Astros; Barack Obama’s first campaign for president. The emotional and narrative backbone that allows these moments to hang together comes from Patricia Arquette. Her character’s 12-year journey captures something simple and profound as she slowly moves closer to the person she wants to be while accepting the never-ending responsibilities of parenthood. On Sunday, Boyhood and Arquette will both go home with Oscars, just as they should.

***
I find it always interesting when a film is nominated for Best Picture and the director and other key shapers are nowhere to be found. Such is the case with SELMA. Ava DuVernay should have been nominated, as should David Oyelowo for his standout performance as King. There’s been a lot of online speculation that Hollywood felt it had done all it needed to in 2013, after lavishing so much (deserved) praise 12 YEARS A SLAVE. And this year was also chock a block with biopics, a fair number of which I was happy to avoid.

Glad that BOYHOOD’s doing so well, that film was an experiment/experience that took risks and paid off. FOXCATCHER and BIRDMAN, on the other hand, I can’t find the brilliance in either. (AMERICAN BEAUTY was one of the few male mid-age crisis movies I’ve warmed to). The buzz around FOXCATCHER puzzles me in particular; yes, it’s an interesting and weird story, but beyond that . . . and am I alone in believing that C. Tatum’s performance was better than S. Carrell’s, for doing so well with a more nuanced, less flamboyant role? At least Ruffalo’s in the running.

All that being said, I’m looking forward to who “gets the envelope.” It’s a wide field; I don’t think there’s a slam dunk. I wish I’d seen more of the nominated films, and in that regard, this year will be, for me, like many others . . . 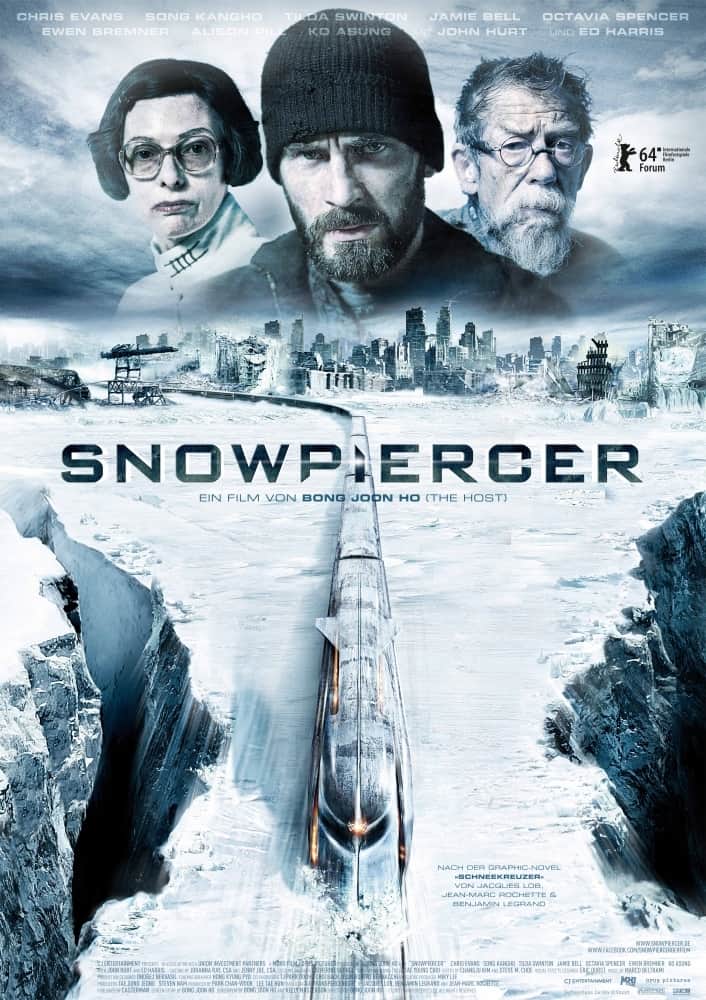 One of the most unjustly neglected films of the year is Bong Joon-ho’s Snowpiercer, a full-throttle action and special-effects movie about a dystopian future in which the only survivors of the human race are crammed aboard a single passenger train. It’s an allegory of contemporary capitalism, and will be darkly amusing to anybody who has had to travel in steerage on today’s airliners. It’s also a shame that Jonathan Glazer’s Under the Skin and Steven Knight’s Locke were overlooked. Tom Hardy’s performance in the latter film is a tour de force—he, too, should have been nominated. 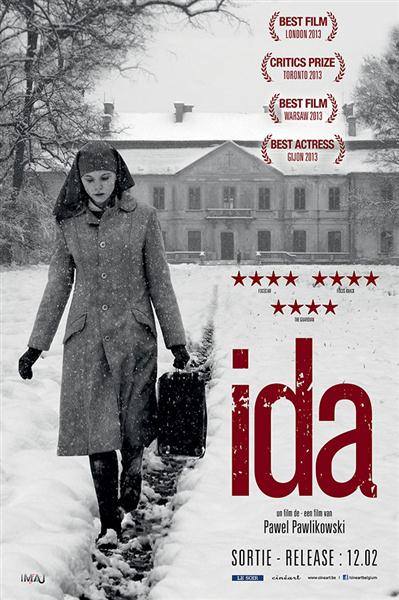 My favorite film of the year is Pavel Pawlikowski’s haunting Ida, which is nominated for best foreign picture in a group of unusually good nominees. Photographed in black-and-white, it looks exactly like an old Polish art film from the period in which the story is set, and the two women in the lead roles (two Agatas—Kulesza and Trezbuchowska) are mesmerizing. Among the US pictures that were nominated, for me it’s a tie between Boyhood, Birdman, and Grand Budapest Hotel.

—James Naremore, author of An Invention without a Future, More Than Night: Film Noir in Its Contexts and Acting in the Cinema

In her most recent dialogue with fellow New York Times film critic A.O. Scott about the upcoming Oscars competition, Manohla Dargis referenced, half in jest, the words of film scholar Tom Hempel: “Moviegoing in America is a blood sport.” This seems especially true during Oscars season—or at least in certain awards-obsessed circles across this fair land—when individuals, publicity teams, and the studios try, in what occasionally appears to be a knock-down-drag-out battle, to champion their darlings and to take down their opponents. I personally could not be any less interested in the tired arguments over historical accuracy in American Sniper or The Imitation Game or Selma, all of which are contenders for Best Picture. In fact, if I had to argue in favor of one film in that coveted category, it would be—no major surprise, perhaps—what strikes me as the most innovative and unconventional of the lot: Richard Linklater’s Boyhood. That widely celebrated film (it’s already racked up its share of early awards) has become something of a darling among scholars and critics, I realize, but it also stands, rather quietly and subtly, apart from the rest. And, yes, if I’m going to weigh in on this mad ritual of impassioned amateur speculation (no blood, please): for her equally unflashy, supremely convincing performance in the same film, Patricia Arquette has to my mind more than earned an Oscar as Best Actress in a Supporting Role. Voilà! 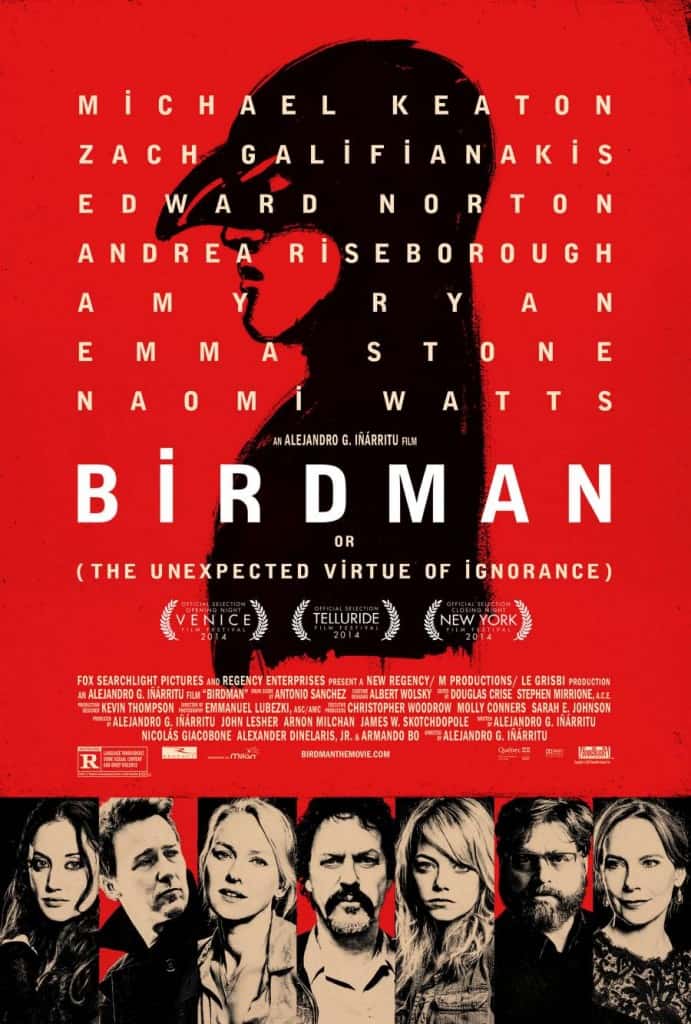 Birdman is a great theater movie. Its central conceit of unfolding nearly all the action in a single continuous take imparts added expressive weight to the mise-en-scene, making staging more important and giving the actors fewer places to hide. It’s a film about faces. There is much for acting students to relish, such as when Edward Norton’s character, Mike, filling in for an injured actor the day before the first preview, gets a rehearsal on its feet. Mike knows all his lines, and he and Norton are exhilarating to watch.

Birdman is a great theater film, but it is not theatrical. The camera incessantly circles, floats, pushes in, pulls back. It’s a film about reframing as much as faces. We wait for a figure to cross the frame, and the camera to follow, before we can get a reverse angle on the character she’s just chewed out; or the angle is provided by a mirror conveniently tucked in the mise-en-scene. Sometimes we find that the actors and camera have drifted into an intimate shot of two kissing faces, and we have no idea how we got there, while at other moments the soaring camera reveals itself to be the hidden star of the film.

Theater seems to be the place where a Hollywood actor can go to rediscover his authenticity, an idea the film gestures toward every time Michael Keaton’s Riggan peels off his hairpiece (five). But there’s too much cinematic wizardry on hand, and it’s too much fun, for us to swallow this cliché entirely. Riggan confesses a story of childhood abuse, horrifying his rival Mike, and us, and then brightens and exclaims that he can pretend, too. Mike has said that “the truth is always interesting,” but Birdman is at pains to demonstrate that pretending can be just as good.

—Robert Spadoni, author of A Pocket Guide to Analyzing Films and Uncanny Bodies

Weekend Armchair
Reflections on Malcolm X 50 Years After His Death 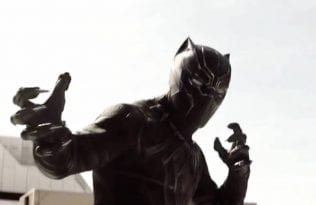