Thanks to all who visited the UC Press exhibit at the recent American Society of Criminology annual meeting here in San Francisco! Whether you came by to browse new titles, fill us in on your research, or simply happened to wander in due to our convenient location next to the ice cream station, we always love the opportunity to talk to our readers and authors in person.

We are thrilled to announce the winner of our iPad giveaway: Bonnie R. Miller at Eastern Michigan University! If you subscribed to our eNews to enter the drawing, keep an eye out for discounts, announcements, and exam copy offers.

A big ASC highlight was the release of Kitty Calavita and Valerie Jenness’s Appealing to Justice, copies of which arrived at the booth directly from the printer. By turns hilarious, poignant, and gruesome, it’s a riveting book that offers an unprecedented window into contemporary life in prison, and it nicely expresses the conference theme, Criminology at the Intersections of Oppression. While celebrating over lunch, these authors demonstrated how good-natured they were about the breakneck production schedule by telling the first publishing joke I’ve ever heard: How many editors does it take to change a light bulb? (Scroll for answer)

Hadar Aviram’s Cheap on Crime is heading to the printer now, and already generated quite a bit of buzz. It’s one of the first analyses of how the discourse on criminal justice reform has shifted from a focus on human rights to fiscal prudence in the wake of the recession, and what that shift signals for long-term policy changes. For those of you in the Bay Area, join us at Book Passage in the Ferry Building on February 25 to hear Professor Aviram talk about humonetarianism in action, from the passage of Prop 47 to the California Attorney General’s argument that court-ordered early release programs deprive prisons of a valuable source of cheap labor.

We ran into Marjorie Zatz as she took a break from reviewing copyedits for Dreams and Nightmares in her hotel room. Professor Zatz and her coauthor Nancy Rodriguez have been updating the manuscript in real time as immigration policies and practices shape and shift in the absence of comprehensive reform. This photo was taken just hours before President Obama announced a series of executive actions that will shield five million people from deportation, allowing them to work legally and live without fear of being detained by local enforcement for minor offenses.

It’s always inspiring to spend time with people doing such important, transformational research, and to work together to make sure it has the broadest possible impact. This marks my third ASC conference in as many years at the Press, and I’m tremendously grateful to be a part of such vibrant community.

**Three. One to change the light bulb and two to hold the author down.

Producing Dead Mosquitoes
Studying Them, Studying Us, Studying Up: What Role for an Engaged Anthropology? 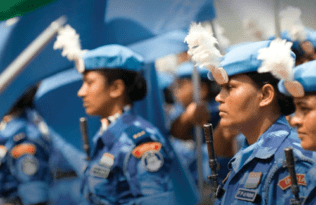