“Weekend Armchair” is an irregularly recurring feature in which some of the best-informed book-lovers in the Bay Area (yes, our UC Press staff) share “un-put-down-able” titles that span genres, age-groups, and publishing houses. Enjoy! 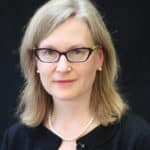 For a book geek like me, it’s really difficult to choose only one: It’s akin to asking which of my three kids is my favorite. Here are a few books I’m obsessed with right now.

The Night Malcolm X Spoke at the Oxford Union: A Transatlantic Story of Anti-Racist Protest by Stephen Tuck. A brilliant history, released in time to commemorate the 50th anniversary on Dec 3, 1964, which was also the date on which 700 Free Speech Movement students were arrested as they sat-in at UC Berkeley’s Sproul Hall. You must read this if you want to better understand the struggles for civil rights, human rights, and anti-colonialism on both sides of the Atlantic. Tuck’s insights into Malcolm X’s biography and Oxford’s history are as enlightening for a general reader as they are elegant historiography for the specialist.

Quiet: The Power of Introverts in a World That Can’t Stop Talking by Susan Cain. Engrossing analysis paired with marvelous story-telling, with an armature of social and behavioral science research. A manifesto for introspection and solitude in a noisy world.

People by Blexbolex. Ligne claire, full-bleed illustrations of people/creature pairs, at work and play. Think flight attendant and cat burglar, DJ and chef, knight and centaur. Delightful for me, my preschooler, and my 10-year-old. 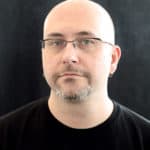 “I’m currently reading Thomas Ligotti’s Songs of a Dead Dreamer.  Ligotti’s writing was the inspiration for much of the nihilistic dialog in True Detective. Like that show, the stories collected in this book are deliberately paced and unsettling, perfect reading for dark winter nights. 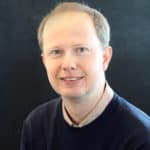 The Cairo Affair by Olen Steinhauer. I love the tour de force of form and story in this novel firmly in the tradition of John LeCarré. You come to realize the narrative blends omniscience with individual points of view, and as each chapter incrementally and seamlessly reveals more backstory, nuance, and alternative viewpoint, you end up feeling like the investigative journalist looking into the matter yourself. It is the most artfully executed espionage thriller I have read so far, while being completely accessible.

Producing Anthropology
Women’s Migration through the Lens of Food Insecurity