“To me, freedom of speech is something that represents the very dignity of what a human being is. . . . That’s what marks us off from the stones and the stars. You can speak freely. It is almost impossible for me to describe. It is the thing that marks us as just below the angels.”

It’s been 50 years since Mario Savio awakened the country to the possibilities of resistance, civil disobedience, and personal expression on the UC Berkeley campus. The Free Speech Movement, led by Savio, would grow into one of the most important social movements of the post-war period in the United States.

We’re celebrating the 50th anniversary of the movement with the publication of The Essential Mario Savio, a compendium of influential speeches and previously unknown writings, offering insight into and perspective on the disruptive yet nonviolent civil disobedience tactics used by Savio.

Below, watch the moment it all caught fire: Savio’s famous “Machine Speech,” delivered on the steps of Sproul Hall on December 2, 1964.

Watch a slideshow of some of the pivotal actions and protests in the movement’s history:

And save 30% when you order The Essential Mario Savio—enter discount code 15W4312 at checkout! 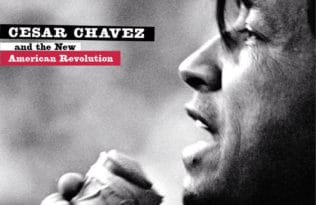