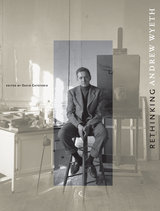 Even though he was one of the most famous and successful American artists of the twentieth century, Andrew Wyeth, whose haunting images of rural people, places, and things have for decades captivated viewers, has long been denied the kind of sustained and detailed scholarly attention that would normally be afforded to an artist of his prominence. But, after several years of work, sadly marked by the passing of Andrew Wyeth in January 2009, Rethinking Andrew Wyeth arrives amidst what can truly be seen as a Wyeth renaissance. Over the past three years important books and exhibition catalogues containing new research into Andrew Wyeth’s art have been published by the Farnsworth Art Museum, Shelburne Museum, Wadsworth Atheneum, Brandywine River Museum, Museum of Modern Art, and the National Gallery of Art. Also, the first exhibition of Wyeth’s art has been held in China, and the first dissertation on Wyeth since Wanda Corn’s in the early 1970s has been completed by Edwin Rein Harvey at the University of California, Berkeley. Additionally, the art of Andrew Wyeth will be addressed in a conference at the National Gallery of Art’s Center for Advanced Study in the Visual Arts this October. Clearly, the time for rethinking Andrew Wyeth is now—and it is hoped that this new book will both inform interested readers and stimulate additional scholarship on this truly important American artist.

I have long been drawn to Wyeth’s work of the 1940s, when he perfected his crisp and meticulously detailed style in the mediums of tempera and drybrush watercolor that came to be called magic realism because of its creation of a quality of dreamlike fantasy through the employment of sharply focused illusionism and unusual perspectives. Among my favorite early Wyeth works focusing on the landscape and fauna of his native rural Pennsylvania are the drybrush, Spring Beauty (1943, Sheldon Museum of Art, University of Nebraska – Lincoln) and the temperas, Winter Fields (1942, Whitney Museum of American Art), The Hunter (1943, Toledo Museum of Art), and Soaring (1942-1950, Shelburne Museum). While the first offers an image of new life in the form a flower pushing up through dead leaves, all three of the temperas include references to death (a dead crow, a rifle-toting hunter, circling turkey vultures), likely alluding to World War II, which was raging overseas at the time.

Contrasting Wyeth’s tightly controlled works in drybrush and tempera are his loose and freely brushed watercolors, demonstrating his complete mastery of this difficult medium. Wyeth’s earliest watercolors, such as The Lobsterman (1937, Hunter Museum of American Art, Chattanooga), are fresh and invigorating depictions of coastal Maine, which have been rightly compared to the work of Winslow Homer. Among his later watercolors, I favor those that offer intimate views of nature or humble objects in outdoor or indoor settings, such as Half Bushel (1959, Joslyn Art Museum) and Cranberries (1966, Greenville County Museum of Art).

Finally, I consider some of Wyeth’s tempera portraits, depicting isolated sitters against simple or undefined backgrounds, to be masterpieces of the genre. With few exceptions, Wyeth’s sitters are shown at bust length and with their eyes averted from the viewer, lost in introspection as the artist delineates their features, hair, and clothing with astonishing precision while at the same time communicating a profound sense of their humanity. Atop my list of Wyeth’s best portraits are Karl (1948, private collection), Grape Wine (1966, Metropolitan Museum of Art), Siri (1970, Brandywine River Museum), Sea Dog (1971, North Carolina Museum of Art), and Braids (1979, Pacific Sun Trading Company).

David Cateforis is Professor of Art History at the University of Kansas, where he teaches American, modern, and contemporary art. He has lectured and published widely on 20th-century American art and has contributed essays to numerous museum exhibition and collection catalogues; publishers include the Des Moines Art Center, Nelson-Atkins Museum of Art, San Francisco Museum of Modern Art, Sheldon Memorial Art Gallery, Spencer Museum of Art, and Wichita Art Museum. He is the author of Willem de Kooning.

Thomas Eakins and the Cultures of Modernity 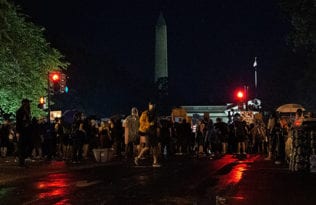 The Troll Does Not Sleep Tonight